Ibadan is a generally peaceful metropolis that is rapidly developing and one of West Africa’s largest cities. The city is recognized for being rather tranquil, but don’t be misled; there are several areas to avoid. Danger lurks in every corner, yet some regions are more vulnerable than others. 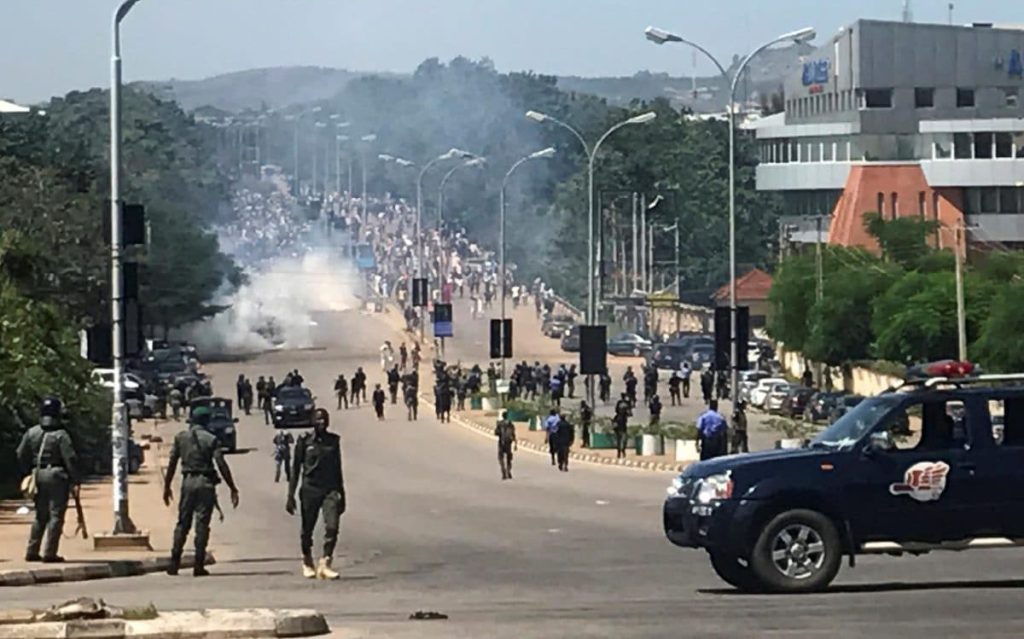 Due to the fact that most of the bad boys operate there, streets, markets, and motor parks are the most dangerous areas in lbadan. Many dangerous men sleep in parks at night, taking advantage of the opportunity to hurt and steal people’s property. While we have previously listed the best areas to stay in Ibadan, Oyo state, here are the dangerous areas you must avoid.

The following are the red zones in Ibadan that you should avoid at all costs, especially at night.

The Lagos-Ibadan expressway is dangerous; being stuck or having a vehicle breakdown, especially at night, is undesirable; it is preferable to drive during the day. Avoid going under bridges or down lonely paths, as well as going out late at night.

Armed bandits apparently struck on two different occasions at Onigari and Ogunmakin neighborhoods on the Ibadan end of the Lagos–Ibadan expressway earlier this year, according to news reports. As a result, some commuters were killed, and an unknown number of people were kidnapped.

Residents and travelers on the Lagos-Ibadan Expressway had their anxieties about their safety assuaged by the police. They asked residents to report any unpleasant situations to the police or other security services as soon as possible.

In Ibadan, Sabo is near the intersection of Mokola and Jemibewon roads. It is the city’s Hausa annex, and it is known as Sabongari or Sabo for short. Sabo features old austere buildings and a peculiar culture that spills out onto the streets, in stark contrast to the rest of the city.

This portion of town is an exciting diverse location, especially when it comes to trade, thanks to the sweet smells of Suya (beef kebab) roasting. The northerners are the majority in the Sabo area (Hausa and Fulani).

The area around the Mokola axis is not a pleasant sight. The location is unclean and smells like urine. When visiting the region, keep an eye out for stolen products and avoid going late.

Agbowo is another dangerous terrain in Ibadan to avoid. This is a student community populated by University of Ibadan off-campus students. When students are in class, it transforms into a beehive, but when they aren’t, it becomes a shadow of itself.

In Agbowo, security is generally good; but, there have been several reports of burglary, theft, and cult-related activities. Students are frequently the victims of these vices when they arise. Non-students and Agbowo “area boys” are widely suspected as being the perpetrators. The suspects believe the situation is reversed.

Regardless, Agbowo is a nice site for a lot of individuals, including landlords and restaurant owners. While it is true that even historic buildings command high rents, eateries and bars thrive in this area. Every day, taxi drivers and motorcyclists smile as they return home.

Bodija market is a well-known open-air market in Bodija, Ibadan North, in the state of Oyo. The market first opened in December of 1987. It was founded as a result of the Orita Merin foodstuff market in Ibadan’s expansion and overpopulation. The market is near to the interstate road network connecting Oyo, Ogbomoso, and Ilorin.

The name Bodija market comes from the fact that it was once a combat arena. The Sun reported in 2013 that there were frequent inter-ethnic conflicts in the market involving Hausa and Yoruba traders.

Another region in Ibadan to avoid is the Ibadan Forest of Horror, popularly known as Soka. It’s in Ibadan, Oyo State, Nigeria, amid the Soka forest. This crumbling structure was thought to have been used for human trafficking and ritual sacrifice.

A group of motorbike taxi drivers discovered the Soka building on March 22, 2014. Following the disappearance of a driver in the region, these individuals formed an impromptu search party.
The buildings on the site were removed and the land was converted into a school.

Ibadan’s Agbeni Market is a huge wholesale market. In Ibadan, it’s known as the “mother of markets.” This well-known market is bisected by Ologede Street. In a single stretch of the market, hundreds of shops and stalls are crammed together. The things are reasonably priced, and you can get practically any type of household item in this market.

The wholesale distribution of produced household products is the foundation of the sector. When looking at the negative aspects of the market, it is clear that illegal activity exists in the neighborhood. Some hoodlums do go around stealing shops in Ibadan’s Agbeni Ologede market. They eventually set fire to these stores.

Bere and Ojo area are located in Ibadan South East, Oyo State, Nigeria. This is a populated area with a cluster of buildings where people live and work. These two locations can be referred to as the “real” Ibadan because they are where it all began.

Rough and rugged zones can be found along the Bere and Ojo axis, particularly in market places and motor parks. It also contains some of the most ramshackle autos you’ll ever see. Watch alert for problematic and agberos and pick pockets that makes life unbearable for the inhabitants of these community.

The core of Ibadan, the capital of Oyo State, is Iwo Road. You must pass through this expansive terminus if you are traveling from Lagos to, say, Abuja. It is the state’s entry point.

However, in recent years, Iwo Road has come to symbolize hypocrisy and illicit activity. Hoodlums and other criminals have been involved in a number of incidents in the neighborhood.

The name Foko was derived from the ancient name ‘Fowoko.’ Holding on to this section of the area is the meaning of the name. This is a well-known neighborhood in Ibadan and the state of Oyo as a whole.

Following the war, Foko became home to a variety of antiquities, historical sites, and other attractions. Both domestic and foreign tourists are expected to visit Ibadan and Oyo State as a result of these attractions.

However, in some places of Foko, there has been considerable security instability. These regions should be avoided at all costs.

Olomi is one of Ibadan’s most dangerous neighborhoods. One of the red zones in the area is one you should avoid while in the city.
Olumi is located in Ibadan’s Olunde Area. It is a well-known location in the capital city of Oyo.

If you live in or around these red zones in Ibadan, here is some advice to help you keep safe. You should avoid going under bridges or down lonely paths, as well as going out late at night. If one must go out late at night, it is best to do it with two or three other people.

It is simpler to attract a lone wanderer than a group of two or three, therefore security is sometimes a numbers game. If you see any questionable activities, you should contact the authorities. Despite the fact that Ibadan has several trouble spots, the city boasts a peaceful and easygoing atmosphere. These are spots where you can go at your own speed and enjoy yourself.