Home Government Criticisms/problems Of The Civil Service in Nigeria

The civil service has its own problems and has been criticized as being an institution where political interference, tribalism, nepotism and other vices hold sway against its character. 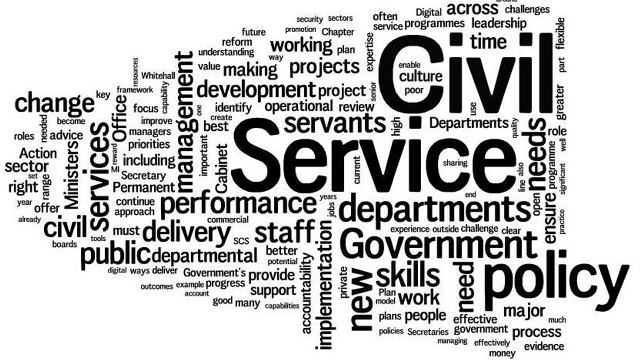 2. Bureaucracy: Civil servants follow precedents and adhere strictly to official rules when carrying out decisions and policies of government. This is mainly to observe uniformity and impartiality; but it slows down the work of government.

3. Political instability: Continuous change of government brings along a change of political appointees like ministers, commissioners and career top civil servants such as the head of service and sometimes the directors-general. These usually come up with their own policies and programmes disrupting those formerly being implemented in the civil service.

4. Political interference: The intervention of the government in the day-to-day administration of the civil service does not give the civil servants the necessary freedom to carry out government policies effectively. This is especially because successive governments change head of departments as well as policies and programmes at will.

5. Duplication of offices and position: The civil service is often criticized for wasting financial and manpower resources, and retaining unproductive workers with the creation of ministries, departments and positions with similar functions.

6. Shortage of qualified personnel: The civil service in Nigeria is suffering from inadequate qualified personnel, due to the mass movement of competent and experienced professionals who move to the private sector or go abroad where there is better remuneration.

7. Ineffective organization: The civil service has been touted as being ineffectively organized, and improperly managed. For instance, records, documents, files and other sources of information are not well arranged nor properly coordinated. This may be due to frequent movement of workers or non-delineation of responsibilities.

8. Lack of initiative: Civil servants are criticized for their inability to exercise individual judgement and responsibility on the policies referred to their departments. They always depend on existing regulations and usually fail to adopt new means of addressing problems/issues.

9. Irresponsibility attitude: Most civil servants are arrogant and sometimes impatient to the complaints and demands of other citizens.They usually act as if they are only responsible to their superiors and have no duty to attend to the public.