Cristiano Ronaldo’s true religion has been much of a debate of late as most fans of the former Manchester United football star don’t know or are divided on the religion of Cristiano Ronaldo as to whether he is a Christian or Muslim. 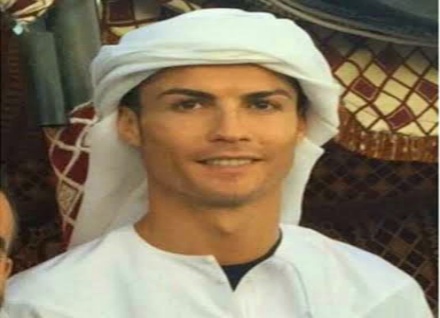 His full names is Cristiano Ronaldo dos Santos Aveiro and he was born in 1985. Ronaldo was raised in Funchal, Madeira, Portugal. He has also won series of awards and is currently one of the richest athletes according to Forbes. Although, he isn’t concerned with religion like other top football players in the world like Kaka, Neymar or Lionel Messi. He still regards himself as a Roman Catholic.

Some of the quotes that proves that Ronaldo is a Christian are shown below:

“I collect crucifix ­necklaces. it’s because of my relationship with God. I always had a gift. I was shown the skills and I am a fantastic footballer but I do believe God gave me the gift.”

Other times, he’s admits he’s not the most religious football player, saying:

“I am religious, in my own way, but not as much as Kaká for example. So, marginally religious at least, I suppose.”

As to whether Ronaldo attends church. We could not find a picture to prove that he attended a church due to his celebrity life-style. His family are also known to be religious as they hold strong Catholic views.

According to the former Juventus player, he admits that he is not a Muslim but sees Islam as one of the most beautiful religions in the world. There are also notable footballers whose religion is Islam. Players like Mesut Ozil, Yaya Toure, Arda Turan, Raheem Sterling e.t.c.

Forbes Magazine listed Ronaldo twice as the highest-paid footballer 2016 and 2017. This estimate was based on his combined income from salary and off-field earnings. Ronaldo does not drink alcohol and does not have tattoos on his skin because he is an avid blood donor, and tattoos would prohibit a donation for a year.

Whether he is gay or not is a matter of his personal life, and the footballing community as well as all of his followers are aware that he is NOT gay! Most of the sexiest women in the world have been Cristiano’s partners. It has been sensationally reported that Cristiano Ronaldo is dating a hot Moroccan kickboxer, but this is untrue. Cristiano Ronaldo is a footballing legend who is constantly in the public eye. Sadly, Ronaldo is frequently the target of false information due to his popularity around the world.

As of updating this write-up, Cristiano Ronaldo doesn’t play for any European club after his controversial exit from Manchester United after his interview with Piers Morgan. Portugal, his country also exited the world cup held in Qatar, after a 1 nill defeat to Morocco, an East African country. Ronaldo has also played his last world cup at 37 years and is in search for a new club.