Court Wedding in Nigeria: All Steps and Procedures Involved 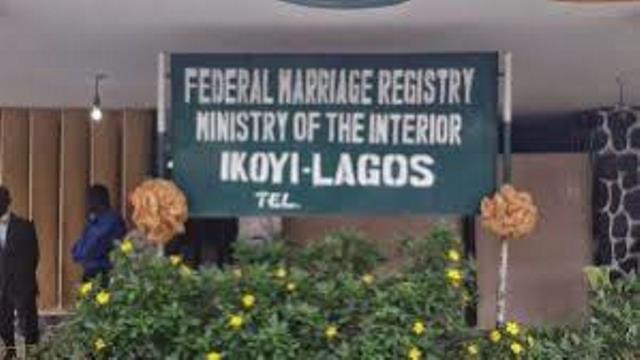 There’s no denial that court wedding had come to stay in Nigeria despite our traditional and religions ways of doing things of which wedding is an important part.

Various reasons exist for why you would want to have a traditional wedding. We are not going to talk here on why to and why not to have a court wedding which is also known as registry.

I believe you coming to this page, minds have been made, you have decided you want a court wedding and as such, my own work here to show to you, the step by step guide on how to get married in Nigeria through a court wedding.

Like I said before, it will be self-denial to say this form of wedding is not acceptable in Nigeria since the Federal Government recognized this.

Aside these two, there are also numerous states and local government level registries scattered all over the country.

This is to ensure intending couples have access to them when they need to use them.

How To Get Married At A Court in Nigeria

The steps discussed below highlights the steps required to do court wedding in Nigeria.

Step 1: Agreement Between The Intending Couples

This is the first step to court wedding in the country. Two consenting adult i.e a male and a female need to agree before any form of wedding would take place.

After they agree, they can now go to the court and make their intention known. While going to the court, they should take along with them two coloured passport sized photograph each.

On reaching the court, you will fill a form known as the notice form or a form A. Fill this form and submit. This form is usually posted on the notice board at the registry for 21 days.

The notice is also entered into a book known as the Marriage Notice Book which is open to people to inspect without a fee.

Once the 21 days elapse, you will be required to pay a fee after you had met the marriage criteria. These includes;

After the above, you are expected to swear an affidavit before the registrar or a recognized minister of religion.

In the course of swearing affidavit, the registrar would iterate above requirements and explain the penalties involved.

If you violate any of the rules which the registrar would tell you, it could lead you to jail.

After agreeing to everything, the registrar signs a declaration to show that the couple understands the implications under the law and have met and satisfied all that has been required of them.

Step 3: Issuing Of Certificate And Fixing Of Wedding Date

After the above, the minister issue the couple a certificate and grant his license known as the Form D.

Form D authorized the celebration of a marriage between the parties.

After this, a wedding date is chosen by the couples and this should be within 3 months.

On the wedding day, the couples alongside their families and friends come to the court for the wedding which usually does not last for more than 30 minutes.

In the course of proceeding, the registrar prints the marriage certificates in duplicate and with counterfoils as in the Form E. This is usually the official end of the wedding.

However, couples might decide to go for church wedding if they are Christians or do other celebrations.

But as far as court wedding is concern, without going to the church or mosque as the case maybe, the wedding is a valid one.

Implications of Court Wedding in Nigeria

Court wedding unlike other types of marriages doesn’t require much flare as every intending couple do it. The pressure, cultural requirements, and other addittional that comes with both traditional and white wedding doesn’t play here. Most people aren’t aware of why it is important to do court wedding. This post will enlighten you on some reasons you should consider a court wedding.

It saves money and time

If you are not financially stable to do an extravagant ceremony, doing a court marriage would be the best option as the law recognizes the valid marriage certificate from the registry.  In fact, both you and your spouse will still bear  ‘Mr’ and ‘Mrs’ and a certificate of proof will be issued to you in the courthouse.

You can save yourself a lot of stress by having a courthouse wedding. Planning an eventful big wedding that has a long guest list isn’t ideal and requires lots of energy. To please everyone, from family members, friends, relatives, etc can seem daunting  and impossible. Doing court marriage and inviting few friends is less stressful. Immediately after the registry session, you can organize a small reception which would also save you cost.

It ensures security against bigamy

One advantage of court marriage is that it protects both the husband and wife against bigamy, but most especially the woman in the wedding. This is because, most Nigerian men have the tendency to be very polygamous in nature. Bigamy entails marrying someone else when you are still married to the person you married in court. The law stipulates that if you practice bigamy, you attract a 5-year imprisonment punishment. The only escape route is getting a divorce before marrying someone else.

You should be aware that marriage without dissolution of the first marriage is a serious offense. After certain number of months and if satisfied that he or she has met the grounds of divorce, let the man or woman approach the court to dissolve the marriage even in the absence of either man or woman.

Courthouse weddings don’t waste time. There is no ceremony, service, sermons, songs, noise, crowd, etc like church weddings. Also, getting married at the courthouse don’t require a particular dress code as coupled can wear whatever they like.

Court marriage is one of the types of matrimony that is recognized for couples. This type of marriage is very significant in a way that it helps both parties to be united legally. There are also many other things why a lot of people prefer court weddings. In the other way round, court marriage has some disadvantages which makes some people to avoid and distance from it.

These quintessential factors include thoroughness and expenses. As there are many other things which classify this type of marriage. This write-up will highlight the pros and cons of court marriages in Nigeria. But we will be more explicit on the latter which is our motif here, and very important when classifying this.

The court wedding is a type of marriage that is done legally by registering with the court. This type of marriage is officially recognized by the Federal Government of Nigeria as proof of a marriage contract between a couple. The court marriage is protected under the Marriage Act, according to the Nigerian law. This is specifically in Chapter 218 of Laws of the Federation of Nigeria 1990. There are two federal registries in the country: the Ikoyi and Abuja Registry Office.

Disadvantages of Court Marriage in Nigeria

Court marriage might seem complicated, due to the involvement of many processes before and after the wedding. Below are the cons of court marriage in Nigeria;

Court marriage involves some endless prerequisites which may take a long run before meeting with all of them. The process is ideal time devouring cycle. This is contributed by the registrations and requirements you ought to account for. The process of getting a court marriage goes this;

First, you will visit the nearby Registry Office, which are only two: Ikoyi, Lagos and the FCT Abuja. Afterwards, you will write a presentation of marriage. The register in the Registry office should give you a unique form to fill. This form necessitates that you write down the entirety of your own information and details: your name, age, address, occupation, two identification photos, marriage status and parents written assent (that is on the off chance that you are under the age of 21).

After finishing the above procedure, your application will be appropriately examined and posted on the door of the Registry Office. This will take 21 days, and during this period, you should wait for the desk work to be sifted through. This hold up can be time consuming.

At the point when the 21 days has terminated the couple may go to the Registry Office to proceed with the registration process. From here, other important documents will be filled and appropriately wrap up so as to register you for the matrimony. A look at all this process, it’s crystal clear the it is very much time consuming. You may not bear to wait for a year so as to get married. This has contributed to the downside of court marriages in Nigeria.

Court marriage involves many processes which require much documentation. The process may not only take your time, as said above, but it will incorporate hitchy procedures. This is another disadvantages of court marriage in the country. Looking at how it is very thorough,  the complicated procedures it request from an applicant in recording all the archives to the registry. This is obvious as when filling the records, one must give individual data in the entirety of the various process.

Another seemly more complicated process is with the oath. This is a composed legally approved declaration of the marriage. While doing this process, if on the off chance that one commits an error, regardless of whether willfully or unexpectedly, the person would fall into difficulty with the law, which may alter the whole process. Also, applicants must be totally right when filling all the marriage registration in the nearby Registry Office. A serious more complicated issue where the individual doesn’t give exact data, they can be imprisoned for as long as five years. This serves as punishment for the deviation.

Before doing court marriage, the couple has to pay a charge to the registry workplaces so as to get it done as stated by the law. The recommended charge varies as per areas or the registry, yet the expense is typically not more than N25,000. Aside from this fee which you will pay to the registry, there are other included charges which may apply. These costs could result from the other charges which you will be presented with. It may come from the registration process, the filling or during the collection of the marriage certificate in the court. Though these fees may not be much, but it’s significant when cumulated to sum it up. That’s also one of the downside of court marriages in Nigeria.

As normal marriages connotes a smooth process for divorce, the story is not the same in court marriage, as it more complicated. When it comes to the time when the two parties are no longer interested in the union again in court marriage, certain things ought to be documented. In situations where the couple needs their marriage relationship canceled, it can represent an issue to both of the mates. On account of marriage divorce, there are numerous cases when a life partner has lost a significant majority of their resources for the other. This always happens because the court will apportion the resources to both couples seeking for the disunion.

Advantages of Court Marriage in Nigeria

Aside from the odd effects of court marriage, there are also good side about court marriage in the country. They include the following;

This article has highlighted all you need know about court wedding, the advantages and disadvantages of court marriage in Nigeria.