There are many reasons why you would want to live in Lagos. One of such is that the city is the business capital of Nigeria. This implies that there are a lot of commercial activities going on there. Also, Lagos hosts a large population of Nigerians and individuals from other countries as well. All these people go to the city to look for greener pastures. Whichever reason will make you want to live in Eko city, we will give a guide on what to budget for to get a house in the populated city. This article will look at the current cost of house rent in Lagos State. 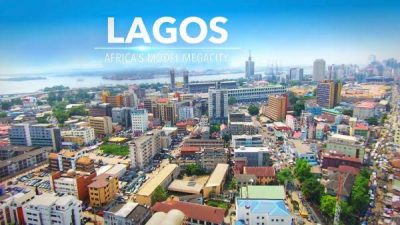 Lagos is the most preferred destination for foreigners and even locals in the country. The city is for the most part industrialized and full of commercial activities. All of these have contributed to the place being one of the most populated cities in the world and leading in Africa.

All the factors stated above have contributed in no little measure to the high cost of house rents in Lagos.  Due to the fact that the city is developing rapidly, there is limited land available, hence renting a house is the show of the day. With that being the case, it’s pertinent to have the knowledge of the cost of house rent in the city.

However, a portion of the available houses in Lagos are up for the highest bidders.

This additionally another valid justification why the cost of living is extremely high in Lagos, Nigeria. By the way, notwithstanding the high expense of house rents in Lagos, there are still places moderate for low and low-budget earners and workers.

That will be the high point of this article as we will take a gander at the cost of house rent in Lagos. Subsequently, we will give a highlight of how much it costs to rent an apartment or house in Lagos state.

FACTORS INFLUENCING THE COST OF HOUSE RENT IN LAGOS

ALSO READ:  How to Quit Your Job in Nigeria Professionally

Let’s take a look at how much it costs to rent a house in Nigeria’s most commercialized and populous city. The following is the average cost of house rent in Lagos, Nigeria.

COST OF RENTING ONE BEDROOM APARTMENT/FLAT IN LAGOS

Note that the cost covers a room and a parlor in Lagos city.

Three bedroom flat is a large house that can contain the whole family. The average cost of renting this kind of house in Lagos differs from the aforementioned ones.

With the high cost of houses in Lagos city, single rooms are considerably better than spending much on an apartment will cost you more.

In any case, not all parts of Lagos Mainland would one be able to discover single rooms.  You can check for them by going through the city.

COST OF RENTING SELF CONTAIN ROOMS/APARTMENTS IN LAGOS

This kind of apartment is very ideal for singles who are looking for a place to rent.

That’s the view of the current cost of house rent for the different types of houses in Lagos. Note that there may be slight dissimilarity due to the changes in price of these properties. Anyway, knowing the range of the figures, you will be able to go the right way with house rent in Lagos.

As we have earlier said that Lagos is the most preferred destination for many people in and outside the country. Is the city a good place to live? Eko city is infamous for being Nigeria’s most exclusive city to live in. While there are other cheap areas to live in Lagos, it might not be as conducive as the ones which are expensive.

Complementing those facts, Lagos is a world-class destination that has the most amazing and wonderful beaches, skyscrapers, amazing parks, best entertainment options, and many more. Also, there are a lot of job opportunities in the industrialized urban area.