Home Prices Cost of Chemotherapy in Nigeria Today (May, 2022)

Cancer is perceived as one of the most deadly diseases on our planet today. The root cause of this deadly disease till date has not to be pinpointed, but there s some glimpse of hope as regards the treatment. Chemotherapy is a treatment approach that can curb the spread and development of cancer in the body. Sometimes, it can fully cure the disease. As good as this news might be, a full chemotherapy session in Nigeria can be really expensive. In the course of this article, we will be looking at the cost of Chemotherapy in Nigeria today. 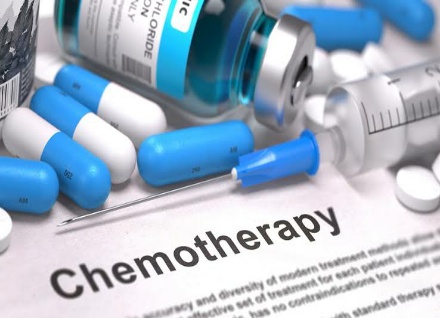 How much chemotherapy cost in Nigeria

The chemotherapy that is undergone for breast and ovarian cancers can be more expensive than their counterparts. Additionally, the cost of a chemotherapy session can also be affected by the type of drug that was administered. Some drugs used in treatment, are very expensive, while others are not.

Things You Should Know About Chemotherapy

Like I stated earlier on, cancer is one of the world’s deadliest diseases and its viewed as worse than a death sentence. It is a disease that is characterized by the rapid growth of cells in an uncontrolled manner. This involves the invasion of the newly formed cells to cluster with other cells, and form tumours.  The bad thing about this disease is that it doesn’t just hit one part of the body, it is a verb evasive ailment. It can spread to other parts of the body. This is where chemotherapy comes in. Chemotherapy on the grand scheme of things, can stop the multiple division and spread of mal cells to other parts of the body.

ALSO READ:  Cost of Building an Application in Nigeria (2022)

Unlike radiotherapy, in chemotherapy, a chemical that is aided with radiation beams can target specific cells. They help stop cells that grow and spread rapidly. Some of the side effects that are noticed in cancer patients, is as a result of the bullish activity of this rapidly diving cells. Rapidly dividing cells can destroy other healthy cells around it. We are talking about the cells of the hair, mouth, bowels etc.

Chemotherapy is one of the most important debutants in the world of Biomedical technology.chemotherapy has a lot of advantages =, and that is what I intend to exhaust in subsequent paragraphs.

This is the most important advantage of chemotherapy. It is used in destroying cancer cells so much so that the doctor might not even detect the cells that are affected.

Chemotherapy also does in a good job in trying to stop the rapid spread of cancerous cells around the body. Cells that are cancerous are known to easily affect healthy cells around them. With the help of chemotherapy, this can reduce to a large extent.

Cancer like I stated earlier, have a lot of symptoms. One of such is pain and pressure. Chemotherapy can serve as a palliative for this effect.

Side Effects of Chemotherapy

Chemotherapy affects both healthy and mal cells alike. We are talking about the blood cells that are newly formed in the bone marrow, the cells of the abdomen, skin, hair, mouth, reproductive organs etc, and finally cancerous cells.

When chemo hits normal cells there is always a bad side effect. Let’s look at some of those negative effects below.

Different bodies of individuals react to chemotherapy drugs differently. Some side effects can arise due to the drug that was administered in the chemo process. Some side effects might look temporal, while others might take a twist and come to stay.

On an occasional note, the chemotherapy process can cause longstanding side effects may tend not to go away easily. Some of these side effects can range from the damage of the lungs, kidneys, reproductive organs etc.

One very common physiological change that is usually noticed with Chemo patients is the loss of hair. This is referred to as Alopecia. This sometimes depends largely, on the type of drug that is in use in the chemo process.

In most some cases, the amount of hair in the eyebrows and eyelashes of the patient might drastically reduce. There is also, significant hair loss on the pubic region, legs and armpit. Hair loss typically starts around the 2nd to the 3rd week of receiving the chemo treatment.