Do you reside in Lagos and want to develop your land or probably, you’re interested in working in a construction firm in Lagos and you want to know which is the best? This post will take care of that, it contains a list of the top 10 best construction companies in Lagos State. 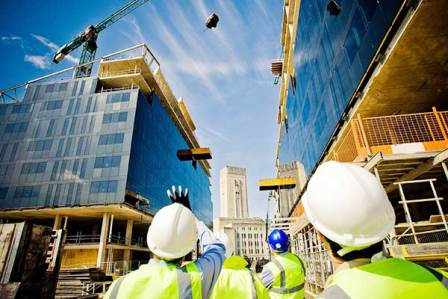 Julius Berger Nigeria Limited is unarguably the oldest and the leading construction company in Lagos. This company is known for bridge and road construction. In fact, almost all the bridges in Lagos were constructed by Julius Berger.

They are the construction company that handled the Eko bridge in Lagos, the Nnamdi Azikwe International Airport and the National assembly phase 3 among others. Not only in Lagos, Julius Berger is a known brand in the industry across the nation.

Just like Julius Berger, CCECC is a global brand from China. It was founded in 1979 and since then, have had projects completed in over 40 countries. They are well known for the construction of world class roads, bridges, rail systems and stadium. Among other projects, they have the Lagos Light Rail project in their portfolio.

Reynolds Construction Company is not just one of the best construction companies in Lagos, it is also one of the best in the country. RCC is a subsidiary company of SBI International holdings, with their headquarters in Switzerland.

The company specialize in asphalt concrete production, aggregates production, hydrotechnical development. Among their projects are the Construction of a New Chancery for South African Embassy, Katampe District Extension and around 20 roads projects.

This was founded in 1982 and currently have it headquarters located in Ikoyi area of Lagos State. El-alan has a workforce of about 1200 people, consisting of both indigenous professionals and expatriates. Presently, they have over 450 full time people while the rest comprise of skilled workers.

Costain West Africa is one of the construction companies making waves in Lagos. This company extents it services to other countries. They are into Civil engineering, Home, railway engineering, furniture and oil and gas.

Among other things, it specializes in concrete electric poles construction, canal dredging, drainage construction, shore protection works and jetties construction. They also work with water treatment plant projects. The headquarters of the company are stationed in Lagos.

I.T.B Construction Limited belongs to the Chagoury Group and it was established in 1995 and since then, had walked it way to become one of the best in the construction industry in Lagos. This company specializes in civil construction and engineering.

Energobuilding Construction Limited is a private firm which focuses on building construction and engineering. It is a full member of the Federation of the construction industry and also a member of British safety council.

This is one of the best construction companies in Lagos State, Nigeria. It is into commercial, residential and civil buildings. This company is actually new but it’s new nature didn’t stop it from breaking into the market and getting it own share of the market cake.

Adold Engineering has completed over 250 projects and some of the prominent companies that they’ve worked with include: Shell Petroleum Development Company, Ecobank Plc, Leadway Assurance, UBA Plc, Globacom Plc, ARM, Ajayi Crowther University, Central Bank of Nigeria, First Bank Plc etc. The company had been around for over 40 years and had proven it worth.