Home People Politicians Comprehensive List of all EFCC Chairmen, Past and Present in Nigeria

In this post we shall be looking at the comprehensive list of all EFCC chairmen till date, past and present in Nigeria and their years in office. As a Nigerian, you might want to know who is the current EFCC chairman or even who was the first chairman of EFCC, look no further, we got you covered. 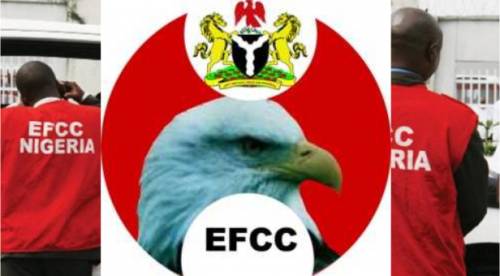 So what is the full meaning of EFCC? EFCC simply stands for Economic and Financial Crimes Commission. This commission was formed in the year 2003 and it is a Federal Government agency which helps to deal with corruption and financial crimes. These financial crimes include advance fee fraud (419) and money laundering.

It is the duty of the President of Nigeria to oversee the affairs of the anti-graft agency and appoint its chairmen.

Before we look at the comprehensive list of all EFCC chairmen, past and present in Nigeria, that is, EFCC chairmen till date, it is worthy of note to inform you that the EFCC has mission and vision statements which guide the way they operate as seen below:

To rid Nigeria of economic and financial crimes and to effectively coordinate the domestic effort of the global fight against money laundering and terrorists financing.

An agency operating to best international standards and leading the fight against economic and financial crimes in Nigeria.

FULL LIST OF EFCC CHAIRMEN IN NIGERIA: PAST & PRESENT

Below is the list of all chairmen of the Economic and Financial Crimes Commission (EFCC) from its inception in 2003 till date.

He was the first and pioneer chairman of the Economic and Financial Crimes Commission when it was founded in 2003. Ribadu was born on the 21st of December, 1960 and is a retired Nigerian police officer who ventured into politics. The EFCC was tasked by the government under Ribadu’s watch to counter corruption and fraud.

It was the then Nigerian president, Olusegun Obasanjo, who appointed Nuhu Ribadu to the chairmanship of the EFCC in 2003 and later reappointed him again in 2007. The president also promoted him to the position of Assistant Inspector General of Police. This act was challenged in court and he was subsequently removed as EFCC chairman.

Lamorde became the acting chairman of the EFCC as soon as Ribadu was removed in 2007. Prior to his appointment, he was an officer in the newly created Special Fraud Unit (SFU) of the Nigeria Police. Lamorde was also made Director of Operations of the EFCC in 2006. He was acting chairman till Farida Waziri took over in the same year 2008.

Farida Waziri was the first female to head the EFCC as chairman from 2008 till 2011. She took over from Ibrahim Lamorde who was the commission’s acting chairman. Prior to her appointment by the late former Nigerian president, Umaru Yar’Adua as EFCC chairman in December 2008, she had been an Assistant Inspector General of Police.

Under her watch, the EFCC was very effective, arresting big-wigs like Bode George, who was the former National Deputy Chairman of the PDP, and a host of other popular figures on basis of corruption charges and money laundering. She was later removed from office by the next president, Goodluck Jonathan on the 23rd of December 2011.

He became acting chairman again when Farida Waziri was dismissed by former president Goodluck Jonathan. It was not until 15 of December, 2012 that he was confirmed as the substantive Chairman of the EFCC. He has served in various capacity at the commission.

Ibrahim Magu served as the acting chairman of the Economic and Financial Crimes Commission from 9th of December, 2015, until his suspension by President Buhari on 7th December, 2020. It was he who succeeded Ibrahim Lamorde. Magu had been in the EFCC under Nuhu Ribadu’s time and was part of the team who were pioneers of the anti-graft agency.

It should be noted that Magu was never confirmed as the Chairman of EFFC but was promoted to a commissioner of police by the Police Service Commission. Under his watch, he was effective in clamping down on fraudsters but the public saw him as a one who did the bidding of the executive in clamping down the opposition.

Magu was arrested for corruption charges and remained in custody. Due to this, he was suspended as the chairman of the EFCC due to the corruption allegations leveled against him. Although he was cleared in a report by an investigative panel led by Justice Ayo Salami.

Umar replaced Magu as the acting chairman of the EFCC for some few months and has since been replaced by Abdulrasheed Bawa.

As of today, Abdulrasheed Bawa is the current chairman of the Economic and Financial Crimes Commission, EFCC. He is also a a Nigerian detective who replaced Umar Mohammed Abba. He was confirmed as the Executive Chairman of the Agency on 24th December, 2022 by the National Assembly.

Bawa received his detective training at the United States Federal Bureau of Investigation (FBI), United States Financial Crime Enforcement Network(FINCEN), and United Nations Office of Drugs and Crimes. He has experience in such matters

These are the individuals who have served as chairmen of the EFCC since its inception in 2003 till date.