Home Government The Commonwealth of Nations: All You Need Know 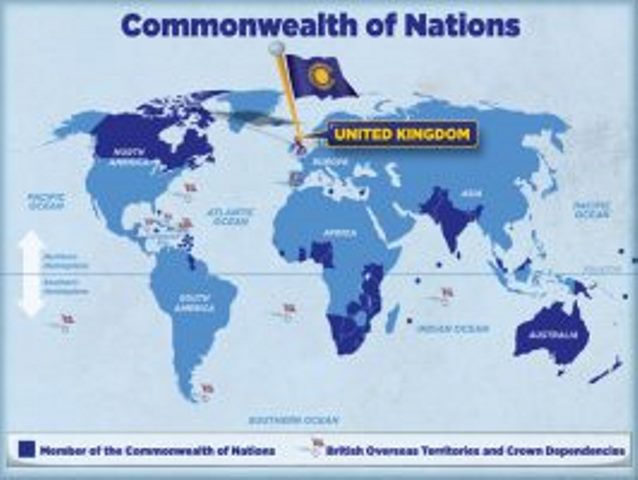 The origin of the common wealth of nations could be traced to the British desire to retain association with some overseas territories which would have some degree of self government but still under the British crown. Such countries were: New Zealand, Canada, South Africa, and some other former British colonies.

The representative of these former colonies met by 1907, at a conference to discuss matters of common interest, interstate relationships and the desire of Britain to seek their consent before certain policies could be implemented by it. By 1920, Britain relinquished the power of managing their foreign affairs and their titles changed from colonies to dominions.

At 1929 Imperial conference, it was stated that the following had to be recognized in the association of the dominions with Britain:

1. The dominions were self governing communities under the British empire with no subordination in any aspect of their affairs- internal or external.

2. They were of equal status.

3. They could associate with one another as members of the British common wealth of nations.

4. They all had common allegiance to the British crown.

In 1931, the British common wealth of nations came into existence through a statue of Westminster which granted full independence to the dominions with rights to have their own legislature separate from the British Parliament. The States however rejected the tag dominions which to them symbolized domination. This rejection gave rise to the title Common wealth of nations as it is still presently known.

ALSO READ:  Africa as the Centrepiece of Nigeria's Foreign policy

The five founding members were Australia, New Zealand, South Africa, Ireland and Canada. Ireland ceased to be a member in 1949, while south Africa was kicked out in 1961 because of apartheid.

Prerequisite for Membership of the Commonwealth

Intending members of the common wealth of nations must:

2. Accept other states as equals and must not practice racial discrimination in any form.

3. Be prepared to accept the British monarch as the permanent head of the common wealth.

Major Characteristics of the Common wealth of Nations

1. The official language of all the member nations of the Common wealth is English.

2. Member nations accept some British values and ideas including the English common law.

3. High commissioners are exchanged between member nations of the common wealth.

4. The British Monarch is the head of the common wealth.

6. There is cooperation among member nations in the fields of science, law, medicine, international affairs, trade and finance.

8. Members subscribe to personnel and funds for the common wealth Secretariat and other organs of the body.

Aims and Objectives of the Common wealth

The aims and objectives of the common wealth of nations are:

3. To respect and protect the territorial integrity and sovereignty of member nations.

4. To promote educational assistance in the form of scholarship, technical knowledge, facilities for development.

5. To maintain socio-cultural and sporting links among member States.

6. To create channels of information exchange among member nations.

Organs of the Common wealth of Nations

1. The conference of prime ministers meets periodically at locations on a rotation basis among the membership.

2. The Queen of England as a ceremonial head declares the conference open or closed.

3.The secretariat was established in 1965 and based in London.

4. The secretariat is headed by the secretary general under the whom are members of staff from members states.

The first secretary General of the organization was Arnold Smith (1965-1975) from Canada, followed by sir shridath Ramphal from Sri Lanka (1975-1990).

2. Common language: English, an international language serves as a medium of communication which unifies the member states.

3. Scientific operation: Member state cooperate in the area of scientific exchange of ideas, inventions and results of researches.

4. Sporting cooperation: The organization sponsors the commonwealth games for sportsmen and women of members states to meet and compete for honours, thereby encouraging healthy competition and unity, especially among the youths.

5. Financial aid: Member states provide financial assistance to needy ones in the form of loans and guarantees to their creditors bank overseas.

6. Trade: There is a great volume of trade cooperation among members nations. They sign bilateral trade agreement and have common traffic to facilitate the terms of trade between them.

7. Educational cooperation: Member state enjoy educational Cooperation through students from one state studying in another, taking advantage of common language. Sometimes the host country grants scholarships to deserving students from other member states.

Achievements of the commonwealth

1. It has contributed to the dismantling of the apartheid system in south Africa and independence of Zimbabwe and Namibia among their nations.

2. Despite the size of the of organization, it maintains good relationship among member states.

1. Because the commonwealth has no charter like UNO and AU, there are no standard rules to regulate the governing or operations of the organization.

2. Member states no longer grant free movement to immigrants from other member countries.

3. Some members states do not recognize the British Crown as the head of organization since the position is not elective.

4. Many member states belong to other international organization and this create divided loyalty. For example, the preferential tariffs agreed upon by member state no longer obtain with the formation of different economic blocs in the international system. Britain herself is presently more committed to the EEC than the commonwealth.

5. The commonwealth has no power to compel member states to comply with it’s decision and resolutions.

6. Member states formulates different foreign policies as dictated by their national interest and sometimes in opposition of the commonwealth.