Home Government Colonialism: Impact of Colonialism on Nigeria by the British

Colonialism means a system which the Europeans adopted in ruling the colonies of Africa to their own benefits. It also means foreign rule on foreign lands. The impact of colonialism in Nigeria could be discussed under political, economic, social, educational and religious aspects. 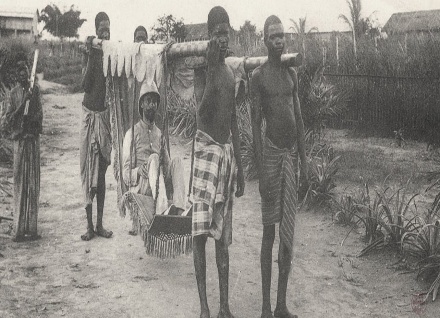 Effects/Impact of Colonialism on Nigeria

The British colonial authorities encouraged Nigerians to be involved in agriculture for the production of certain crops such as coffee, cotton, cocoa, rubber, groundnut, palm produce and hides & skin. With the production of these agricultural crops, new cash crops were introduced so that the inhabitants would no longer rely on food crops but also on export crops. More so, raw materials were evacuated from the hinterland for onward transportation to the industries of the colonizers and this led to the development of transport system thus, linking roads and railways, were constructed by the colonial masters to enhance the evacuation of these agricultural products.

Post office and telecommunication facilities were also built. They also helped to introduce the use of money to Nigeria as a medium of exchange. The effect of colonialism also established industries and commercial ventures for easy exploitation and extraction of raw materials from Nigeria. On the other hand, British colonial administration was a coven. This is because all the European economic policies were intended to exploit and plunder the resources of Nigeria and never geared towards the development of Nigeria. It was basically for the service of the colonial needs.

It is worthy to note that the indirect rule by the Europeans helped to groom the traditional rulers through their participation in the administration of their respective societies which eventually help in preparation of self rule. More so, the training received from the colonial masters by the ex-service men helped in the preparation for the self rule. Furthermore, the political structures such as the legislative, the judiciary and the executive, as well as the concepts such as democracy, federalism, rule of law and fundamental human rights, helped Nigeria become one political entity.

On the other hand, politically, colonialism had helped to sow the seed of disunity, acrimony, rancour, corruption, discrimination, mediocrity, sectionalism and absence of patriotism. The British officials did not have nationalistic political interest of Nigeria at heart, instead, “a divide and rule policy” was adopted without considering the ethnic differences. That is why till today, Nigeria stills experiences political disharmony.

Socially, the colonial masters alongside with the Christian missionaries brought education to us in 1842. The curriculum of alien education was based on 3Rs which means reading, writing and arithmetic. The introduction of formal education helped Nigerians to be more literate, that is being able to read and write. It was a result of education that Nigerians became exposed to the injustice of colonialism and realized the need to struggle to be free from colonial domination.

Education brought by the colonial masters brought together Nigerians of different backgrounds and cultures. For instance, nationalists such as H.O Davies and Dr. Nnamdi Azikiwe were co-students at both primary and secondary school levels in Lagos. It also brought English language, (Lingua Franca), as an official language in Nigeria served as a medium of communication among various ethnic groups with different cultures and this brought mutual understanding toward nation building.

On the other hand, western education by the colonial masters was a sort of cover in that led to the imbalance in education in Nigeria between the South and the North due to the different educational policies in the two areas. It also created the problem of inequality between urban cities, such as Lagos, Enugu, Port-Harcourt and rural areas. This gave some tribes advantage in occupying major political positions in the country and relegated others as the minority