Civil service, being a part of public service in Nigeria is a body of employees responsible for planning, giving advice and implementing policies in government ministries and departments.

These employees are called civil servants. Government ministries are headed by ministers at Federal level or commissioners at state level and assisted by directors-general (permanent secretaries), as well as other departmental heads.

The Structure And Classes of the Civil Service in Nigeria

Civil servants could be grouped into the following classes:

This comprises of the most senior civil servants who organize and coordinate the activities of the ministries. They execute high-level administrative work, advice ministers in formulation and implementation of policies and serve as communication link between the minister and other civil servants.

Recruitment to this class is based on university education and very competitive written examinations and interviews conducted by the civil service commission. In this class are directors-general, other directors, deputy directors, assistant directors, etc.

The executive class implements the general policies and programmes of the government on a daily basis. They supervise and control the activities of their subordinates and help to collect facts that aid in making policy decisions.

This class of officers are recruited as a result of their specialized training, skills, scientific and technical knowledge. The professional class includes lawyers, medical doctors, engineers, architects, accountants and teachers.

This class of workers include typists, clerical officers, clerical assistants and secretaries who help staff in the other classes to carry out their functions. Their job involves keeping records, movement of files, preparation of data and vouchers and payment of claims. They are holders of secondary school certificates and G.C.E Oliver or equivalent professional certificates e.g.  in typing.

The categories of workers in this class include cleaners, drivers, painters, messengers, porters and gardeners. This work involves manual labour, while the qualification for entry is the first leaving school certificate.

The Civil service reforms of 1988 introduced some modifications to the traditional structure of the service, which include the following:

1. It abolished the post of permanent secretary and replaced it with that of director-general who was a political appointee.

2. The distinction between the executive and administrative classes was removed.

3. Civil servants were to serve in the ministries for which they were primarily qualified.

4. The minister was the chief executive and accounting officer of his ministry.

Characteristics of the Civil Service in Nigeria

Civil servants are required to be politically neutral so that they can serve faithfully, any government in power, no matter the controlling party. The Law requires them to resign their appointment where they are interested in partisan politics.

This implies that civil servants should discharge their official duties fairly to all the people they are serving, without religious, class, gender, ethnic or any other sectional biases.

Civil servants may neither disclose government official secretarial nor speak to the press on government matters, except they are authorized by the minister supervising the ministry. They cannot be held responsible for their official actions. The minister and director-general are politically accountable for the success or failure of their ministry.

The civil service consists of highly qualified and professionally experienced experts in various fields. The formulation and implementation of government  policies and programmes depend largely on these specialists, while political office holders may not themselves be specialists in the areas they supervise.

The civil service is characterized by very strict adherence to established rules and regulations; this sometimes causes delays in the implementation of government policies and programmes.

Recruitment and promotion in the civil service is often based on merit. Only qualified and competent candidates are recruited by the civil service commission. Promotion is also carried out in accordance with the established rules and regulations.

The senior administrative and technical civil servants help to formulate the policies and programmes of the government. These are presented to the ministers and commissioners for consideration and final decisions.

Experts in the civil service, especially lawyers, assist the government in the drafting of bills which eventually become laws.

The top civil servants act as advisers to the ministers and commissioners in charge of their ministries. Their relevant expertise and experience afford them the opportunity of providing dependable guide and information on complex government policies and programmes. They also help the political appointees to furnish the legislature with relevant information requested on their ministry.

RELATED POSTS  How to Quit Your Job in Nigeria Professionally

The top civil servants coordinate and supervise their subordinates to ensure the smooth execution of the policies and programmes of government. This ensures the provision of amenities to improve the health, education, social and general life of their people.

5.  Preparation of annual estimates and budgets:

The civil servants draft and prepare the annual budget and estimates of government ministries, departments and corporations.

Civil servants gather and supply very useful information on which government policies and programmes are based. They keep and preserve government property.

The civil service assists the government to generate funds through the collection of taxes paid by citizens and corporate organizations, fines from the courts and duties paid by exporters and importers. This revenue enables the government to achieve its goals and objectives.

The civil service makes bylaws, regulations and orders under powers granted it by the Parliament.

The civil service performs some quasi-judicial functions such as the arrest and prosecution of smugglers (by custom officials). Public health and rent control officers often inspect residential and commercial houses to ascertain their level of cleanliness and curb exorbitant rent demanded by landlords. 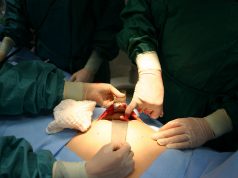 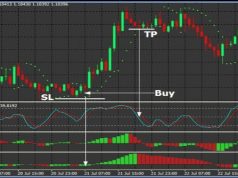 What Are The Forex Trading Strategies? 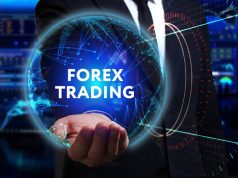