Here are 10 affordable state universities in Nigeria whose school fees are cheap to pay this 2022 and offer quality education. 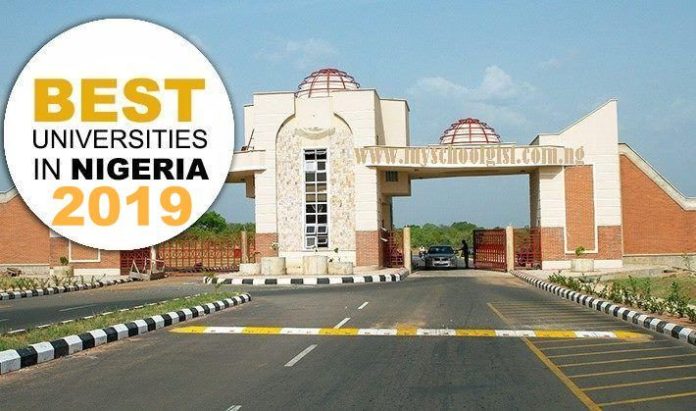 Lagos State University, which is one of the most cheapest University in Nigeria, was founded in 1983 by Lagos State government.

One of the motive for establishing this institution is to advance learning and create career opportunities for Lagosians and every other citizen to attain greater heights in pursuit of educational standards.

LASU has a massive and wide learning environment capable of accommodating over 61,000 students either for full-time or part-time programmes.

LASU offers different courses and gives you the opportunity to study at any level such as Diploma, Post Graduate degrees and MBA programmes.
It is arguably believed that this academic institutions produces the best law students in the country since its inception.

Despite it’s achievement, success and class, we gathered that LASU’s school fees is affordable at N25,000.

Adekunle Ajasin University, AAUA as it’s fondly called, is considered the second cheapest, and most affordable state university in the country.
It was first founded as Obafemi Awolowo University in march 1982 by the government of Ondo State.

It was later restructured and renovated in 1985 and its name was changed completely. This time, the university was named after the former state governor, Adekunle Ajasin.

It wasn’t just the name that was changed, its location was equally moved from Akure the state capital to Akungba Akoko that same year.

AAUA offers undergraduate and post graduate courses for prospective students. They also offer pre-degree and JUBEB in some important field of study, such as Science, Arts, Education, Law, Social Science, Management Science and even in Agricultural science.

Located in the Northern part of Nigeria, Nasarawa State University is the third state university that is cheap to attend in the north and also provides quality education.

It is a higher educational institution which offer relevant courses and programmes of high standards with degrees and certificates in Bachelor Degree in several field of study. NSU school fees is estimated at N35,000.

Taraba state university is a learning arena for students who wish to study and build up a solid career in any area or course of choice. The school was established in 2008 in Jalingo, the state capital.

Initially, the reason for the establishment of this university by the state government was to pave a way for quality education in the state and for it indigenes and also promote economic development in the country. TSU school fees is estimated at N37,000.

Benue state university is among the outstanding universities in the southwest region. It is an affordable institution which welcomes both indigenes and non-indigenes.

Founded in 1992 in Makurdi the state capital, the school has been dully recognized and accredited by the National University Commission (NUC) in Abuja.

BSU offers both undergraduates and post-graduates programmes. Some faculties within the school include:

This school is one of the most respected state institutions in Akwa Ibom and it is popular in the southern region of the country.

Akwa Ibom University is a multi campus university which has one of its campuses located in Akpaden, MKpat Local government area, while the other is situated at Obio-Akpa, Oruk-Anam LG.

Basically, the academic institution was first established as a university of technology. However, it was later modified from just being a College of Technology to a full-fledged higher institution that allows for Applied sciences, Arts and other relevant courses which are dully accredited by the NUC.

With about six faculties offering various departmental courses, the school has state of the art equipment and a conducive learning environment to cater for its various lectures. The school fees for Akwa-Ibom state university is estimated at N53,000.

KSU as abbreviated, is among the best universities in west Africa based on it remarkable intellectual pedigree of its graduates.

It was founded in year 1999 by Prince Abubakar Audu, the former governor of Kogi State.

At Kogi state university, there is no form of manipulation when it comes to offering admission as it is always based on merit. Normally, the general school’s cut off mark is pegged at 200 which makes getting admission into this school competitive. KSU school fees is estimated at N57,000.

Delta State University is another popular state university that is affordable and interesting to attend. Also known as DELSU, this school was founded in year 1992 by the state government.

DELSU is also another multi-campus university, with one campus located in Asaba, the capital city and the other at Oleh LG Area.

DELSU school fees is estimated at N58,000 only.

It is a science based university which was established in December 2006 and it is situated at Aliero, Kebbi State, Nigeria. The young academic institution operates the following faculties which include: Engineering, Science Education and Academics planning.

The purpose of establishing the University, is to eradicate low educational standard and illiteracy among it indigenes. Kebbi State University school fees is put at N60,000.

This prestigious academic institution was established on 23rd December, 1990 and it is situated in Ogbomosho. It is a well equipped school established to further advance the educational level of students in the country.