Charles Inojie is a popular Nollywood comic actor, director, producer, comedian, television personality, and a philanthropist. He is the brain behind the “dem don dey rush us” slang making waves on the social media at the moment. 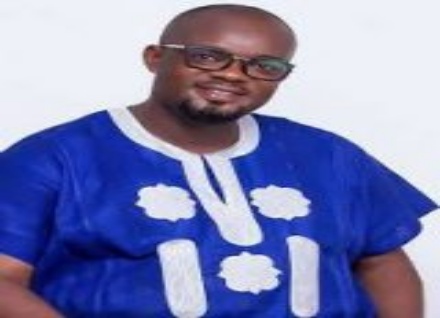 Charles was born on the 4th of May 1970 in a small village called Urowa near Emu in Edo state, south south region in Nigeria. As at writing this post, he is currently 47 years of age.

He grew up with his grandmother, someone he owes so much gratitude. On the17th May 2012, Charles Inojie got married to his soul-mate Obehi Obhiseh in Benin City, Edo State, Nigeria and the marriage is blessed with two wonderful kids.

He finished both his primary and secondary school education in Edo State, south-southern region, Nigeria and gained both his First School Leaving Certiﬁcate and West African Senior School Certiﬁcate (WAEC).

When he finished his secondary school education, he wanted to study Law in school in Edo state but later changed his mind in 1992 and made the decision in pursuing a career in acting after discovering his talent as an actor/comedian.

He joined different drama units and theatre clubs in his local town and began performing on drama stage.

Furthermore, as of 1992, Charles Inojie made a decision to acquire more knowledge in the acting ﬁeld. He then enrolled for a one year acting program in Bode Osoyin’s Writers Resort, where he gained a certiﬁcate course in Dramatic Arts, after finishing the program in 1993.

After he gained the certiﬁcate in acting, he continued his career and proceeded to University of Port Harcourt in River State, Nigeria and graduated with a Bachelor’s Degree in Dramatic and Theatre Arts in 1999.

After finishing his university studies, he travelled to Lagos, Nigeria to pursue his acting career professionally.

He then joined the Nigerian Movie Industry (Nollywood) in 1999 and started first as an assistant movie director before proceeding full time into acting and movie directing. Mostly, he acts in comedy movies.

Charlse is very talented, intelligent, creative and funny with a high sense of humor.

In an interview with Charlse on the media he stated that after he finished in school at Port Harcourt, he relocated to Lagos and then became the assistant director at Lancelot Oduwa Imasuen Production Company.

Charlse has acted and directed several Nollywood movies which include:

He is so famous for his hilarious role in the popular television comedy series “The Johnsons” alongside with Chinedu Ikedieze (Aki).

As at 2016, Inojie was appointed by Nigeria (SWGN) as president of their labor union.

Charles Inojie has won a lot movie awards, some of which include: Best Comic Actor of the Year at the African Magic Viewers Choice Awards and Best Actor in a Leading Role at the African Movie Academy Awards.

Charles Inojie is one of the richest and most influential actors and movie director in Nigeria with an estimated net worth of $5 million.