Census is one of the important obligations of the state or country. It is the official way of counting the number of people residing within a country, or an area, and collecting information about them. This exercise in a country is significant because it helps to know the size of the population and the occupants of its geographical area. It also helps to determine the some critical information about the area like: human capital available and the number of unemployed people. 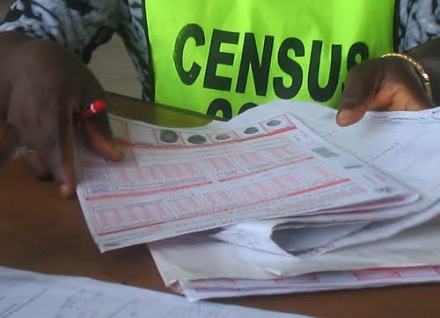 This data in turn helps go government in the formulation of policies to meet a specific area’s need. The Nigerian census has been hitch with several problems which has render the exercise unsuccessful in some cases. Here, we will highlight the problems of population census in the country and the possible solutions.

The history of census in Nigeria can be dated hundred of years ago before its eventual extinction over the years. The country has a long history of census which has span over century. The first census that was conducted in Nigeria took place in 1866 and this was followed by other censuses of 1871, 1881, 1891 and 1901. The recent census followed in the years 1996 and 2006 respectively.

However, Census in the country was met with several factors which lead to its under-statistical reports and it’s eventual fall. As we proceed below, you will be able to see these things as we investigate on the problems of census in Nigeria and the possible solutions.

Problems of Census in Nigeria

Indeed, ethnicity has brought many negative impacts to the country. This is seen as a lot of people see themselves as being different from others. Among these downside includes discrimination, corruption and politics of federal character. This has contributed greatly to the unobservance of Census in the country.

ALSO READ:  How to Sell Your Car in Nigeria Easily & Legally The Right Way

Moreso, religion and traditional beliefs also poses threat to population census in Nigeria. Some of these beliefs include abomination to count people while they are still alive. According to these beliefs, anybody who gets counted exposes himself to suffering from all sorts of ill fortunes which can result to even death. All these are just traditional beliefs which may not likely happen. So, for census to go on smoothly in the country, these should be eradicated.

This is one another thing that often makes people lose interest in census exercise in the country. By this, they don’t see the importance of the exercise, because their result will not reflect what will be allegedly reported later. A case study of the last Nigerian census which was conducted in 2006, came with many complaints relating to this. Many of the people believe that the demographic information of the country was misrepresented and the actual figures were overestimated in the published report later released by the Population Commission.

It can also be noted that religion is one of the factors that contributed to hindrance to the conduct of census in Nigeria. This could result from a particular religion’s view which contradict the conduct of the counting exercise in a particular area. Taking instances in the case of Muslim people, they do not allow their women to be counted. The reason being that their religion (Islam) does not permit such. This could lead to inflation and misrepresentation of the results so as to cover up. And this can be why Northern Nigeria which is the affected area, always has figures that is higher than any other ethnic group in the country.

The rate of illiteracy in most areas of the country has made a challenge to the successful conduct of population census. This is seen as people have different beliefs as regards population censuses. Some areas of the country, especially in the northern part, regard it as a taboo to count people while they are still alive and believe anyone who gets counted exposes himself to all sorts of ill fortunes  and even death.

This has resulted negatively to the less interest of the people regarding population counting exercise. A category of others, believe that the government conducts censuses in order to increase taxes, and some other people have misconceptions that census is a tool for ethnic dominance and to determine the economic status of people in different places.

Use of Traditional Methods in Counting

Off course, the old days of counting people has been displaced with the modern technologies. A look at the Nigerian case, the last national population census conducted in 2006 used traditional means of counting. This often leads to misrepresentation of the population data as it does not make for accurate results.

The people involved in this, needs to design and adopt new and modern techniques such as biometric in conducting census exercises. This will ensure that the data collected are accurate and can be verified by modern equipment.

Possible Solutions to Census in Nigeria

In order to get people informed on the exercise and its importance, adequate publicity should be given to future censuses. This is possible through print and electronic media, social media, town criers and other relevant communication systems, so as to create awareness and sufficiently sensitize the populace to fully participate in the census.

Use of Modern Technologies

ALSO READ:  The Significance of Ife Culture in Nigeria's History

In addition to use of modern technologies, the National Population Commission which is greatly involved in the counting exercise, should consider the adoption of biometric census to ensure that the data are accurate, verifiable and dependable. This will help to eradicate misrepresentation of the results.

Education of the Populace

As in the problems of religious and cultural beliefs, the affected areas should be educated on the importance of Census. Government and the Population Commission involved, should undergo extensive awareness programs so as to tutor the people that census exercises does not contrariwise with religion and tradition. This will help in keeping them informed rather than deformed.

Education of the Workers

Also, the census personnel should be experienced, technically and professionally skilled in the conduct of censuses and surveys. It is important to give early and adequate training of these enumerators in data collection techniques and use of instruments. This will help to overcome the possibility of having a misrepresented result.

Conclusively, the conduct of Census in a country help it to be internationally recognized. Some foreigners before making a visit to the country, will inquire about the population statistics of different areas of the intending country. However, with the current assumed figures of population of the country, it is important to resolve the problems of census and conduct the exercise in the country. As at the last census in 2006, Nigeria had a recorded population of 140 million people, but today the figure is misrepresented as over 200 million, because of no proper census to supports this.

That’s the size of this write-up, as we expressed and highlighted the problems of census in Nigeria.