The level of insecurity in Nigeria grows tremendously with each successive day. The Nigerian government has recently faced a big challenge in the form of insecurity and terrorism. These acts frequently result in the death of people and the destruction of property. As a result, insecurity has emerged in many forms across the country. Armed robberies, militancy, cross-border bandits, and kidnapping are all common in the country. 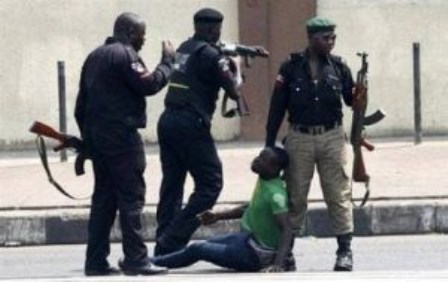 Nigeria, unfortunately, is one of the world’s most terroristic countries. The rate of increase in insecurity is alarming. The death of a loved one leaves citizens with emotional and psychological pain. Is there a way to put an end to this threat? We will reflect the potential solutions to Nigeria’s insecurity situation in this article.

The top main causes of insecurity in the country are listed below.

Statistics show that a tenth of the country’s young people are unemployed. The high prevalence of unemployment in Nigeria has exhausted young people. Every year, universities produce a large number of graduates who are unhappily put into the labor market with little prospects. And as a result, many people have turned to criminal activity.

Sadly, our factories have yet to reopen as a result of poor government decisions. Because of the high rate of unemployment in Nigeria, young people are becoming more drawn to violent crime.

Terrorism is defined as the use of violent acts to attain political objectives or to compel a government to act. Boko Haram is the most well-known terrorist group in Nigeria, and it is responsible for the majority of the country’s destruction. Terrorist uprisings in Nigeria’s northern area have claimed countless lives.

Lack of government security equipment, both in terms of firearms and training, is to blame for the low level of security. It contributes to the security personnel’s negative attitude.

In many circumstances, security professionals assigned with specific security scenarios lack the experience and equipment necessary to prevent situations from arising.

Kidnapping is a substantial issue in Nigeria in the early 21st century. Kidnapping by bandits and rebels is one of the country’s most serious organized or group crimes. Between 2011 and 2020, more than $18.3 million in ransom money was paid to Nigerian kidnappers, according to an investigation by SBM. This is a huge setback for the country.

Corruption is already ingrained in Nigerian culture and, sadly, is now contributing to the country’s economic woes. It has grown in favor in our political system. This leads to financial insecurity, which worsens poverty. Corruption exists at all levels of government, resulting in a great deal of instability in our country.

It is important to remember that Nigeria’s diverse ethnic mix is not in and of itself a source of instability. However, ethnic sentiments are sometimes used by political and religious leaders all over the country. This behavior breeds suspicion and hatred among various ethnic groups and religions.

The rising number of violent attacks in Nigeria is a consequence of the country’s weak, marginal, or exploitative governing structures. The government’s incapacity to deliver public services and address the basic needs of the people is to blame for this.

Nigerian governments’ failure to address the problems of poverty and unequal wealth distribution among ethnic groups is a major contributor to the country’s insecurity. You have a significant insecurity problem when you have an impoverished populace.

Nigeria’s justice system is rife with flaws, causing confusion. When criminals are released, people feel unsafe. Many criminals in the country have purchased their freedom with cash. The legal system has neglected its people, allowing all manner of horrors to take place.

ALSO READ:  How to Register a Political Party in Nigeria (2023)

Nigeria is bordered by three countries: Niger, Burkina Faso, and Mali. The Nigerian immigration and customs agencies do a lousy job of securing these borders. The pervasiveness of these borders has intensified the threat of terrorist activities spreading across Nigeria. There will be no place for appropriate development in our country if terrorism exists.

The following are ten solutions to Nigerian insecurity that we recommend.

Nigeria has to invest in human resources, particularly young people, to take advantage of demographic benefits. A national development plan that includes all three levels of government is urgently needed. At the same time, development projects in crucial areas of national life should be implemented.

In order to comply with international best practices, more attention should be devoted to the security department.
Security agencies must also be modernized through proper training, innovative technology, incentive, and a shift in focus.

Boundary porosity is a pressing issue for the federal government. The government should make a concentrated effort to recruit, train, and deploy properly equipped customs and immigration officers across international boundaries. The government should invest in more effective security systems that will help to secure the border.

Nigeria needs to cultivate imaginative leadership. People in leadership positions should be able to communicate the concept of common citizenship to their constituents.

The process of cultivating such leadership might be difficult.
Our country, on the other hand, urgently requires leaders with a national perspective and a desire to reform the country.

The solution to Nigeria’s insecurity problem is good government. It is necessary to have good governance, in which the government is accountable to the people.

As the primary purpose of governance, good governance focuses on people. It is past time for negative behavior and harmful political strategies to be abandoned in order for the country to achieve peace.

The country’s economic output and citizens’ opportunities must both be increased. Nigeria’s insecurity problem can be overcome by speeding up development.

In this perspective, development entails the creation of a societally relevant economy as well as the necessary economic and physical infrastructure for corporate activity.

Corruption is the root of inequity and inequitable distribution of a country’s wealth among its population. Corruption must be eradicated at all levels. This should be done in such a way that all people have the same rights and benefits.

Law enforcement agents must be able to gather and monitor data in order to be proactive. They should be able to accurately forecast prospective crimes rather than reacting to them. When it comes to enforcing the law, all levels of government cannot compromise.

Law enforcement authorities must prevent and control behavior that endangers people’s lives and property, as well as safeguard constitutional rights.

IMPROVEMENT OF THE CRIMINAL JUSTICE SYSTEM

At this point in our growth, the judiciary should have created time scales for cases. There should have been a time for determining a cause, closing the matter, and passing judgment.

As a result, the government must ensure that criminal processes are finished successfully. When convicted, criminals will serve the entirety of their sentences.

Any sort of development necessitates the acquisition of knowledge. Adequate education is the process of improving knowledge and developing skills through teaching, training, and learning, particularly in schools and universities.

This is critical for national development and in the fight against instability. It is past time for us to recognize that education without skills is a major disservice.

Millions of Nigerians feel unsafe and unprotected even in their own country. This is because the level of insecurity has increased to worrisome proportions.