The thirty-six states that make up Nigeria are distinguished from one another by unique traits. It can be claimed that one state is superior to live in over another when taking these variables into account. 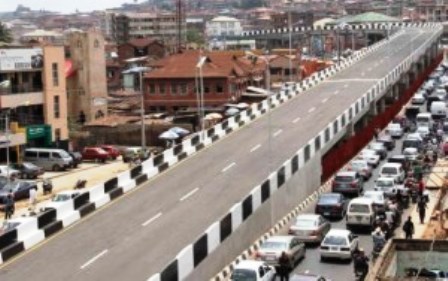 The various degrees of industrialization, development, amusement, opportunity availability, and civilisation are a few of these elements. Some of these states offer excellent living circumstances to their residents, while others don’t quite measure up. In order to establish which states are desirable places to reside, we have conducted a detailed investigation into these aspects. Based on the aforementioned criteria, this website compiles information on the top 10 states in Nigeria to reside in.

The top ten states in the nation for quality of life are shown below.

Lagos is Nigeria’s most populous and consistently most developed state. It is without a doubt the most populated metropolis in western Nigeria and all of West Africa. Lagos’s economy is diverse to include the manufacturing, transportation, construction, service, wholesale, and retail sectors, in contrast to other states where the sole source of income is oil.

One will be amazed at the cultural diversity after visiting the Island and its suburbs, including Lekki, Victoria Island, Ikoyi, and Victoria Garden City. Are you a thrill seeker? Then Lagos offers you the best adventure you could ever want for in daily life.

A wide range of celebrities, the best restaurants, the movie industry, the building and road infrastructure, the nightlife, shopping centers, opulent homes, and access to reputable schools are all available. Lagos offers everything you may possibly need.

Nigeria’s capital is Abuja. All of the government’s branches and agencies are located in this city, which is geographically in the middle of the nation. The city planning is excellent, as you would expect from a capital city. The buildings are well-planned and spaced out, the roads are broad, and the housing complexes contain all the amenities you would anticipate.

As a result, Abuja draws people from all across the nation who come to the city to live and work. Due to its status as the capital city, Abuja is very safe. It’s probably the ideal spot to socialize because people can go about their business very easily there. This is due to the fact that it is among the greatest locations for networking in high-level positions.

ALSO READ:  How To Calculate Pension From Salary in Nigeria

One of Nigeria’s best states for living is Cross River State. Calabar, the state’s capital, is among Nigeria’s most picturesque locations. This is a great place to live because of the infrastructure, the weather, and the area’s rolling hills.

The capital city of Calabar is incredibly tidy, well constructed, and well maintained. Trees line hundreds and miles of roads, interlocking at the top on both sides. Walking is a common pastime there, therefore you’ll see people doing it on the shaded streets.

The Obudu Cattle Ranch and Tinapa are two examples of the tourist attractions in the Cross River state. The encounter with people from other cultures may be what has influenced Calabar locals to live and dress as though they are in London.

Another of the most tranquil regions of Nigeria is Akwa Ibom State. It is one of those locations that has subtly drawn expansion and development on a really astounding scale. Interestingly, Akwa Ibom is the nation’s cleanest state.

The State has a lot of beautiful natural scenery that draws visitors. Additionally, it features a number of historical sites, including Lord Luggard’s home and a few ancient governmental structures.

The state has advanced significantly. A popular sports venue in the nation is the Godswill Akpabio Stadium. The stadium regularly holds international contests involving club clubs and national teams.

The number of additional attractions in the state of Akwa Ibom is too great to list here.

Rivers State is situated in the southern part of Nigeria. Port Harcourt serves as Rivers State’s capital. One of the most costly areas to live in Nigeria is this area.

It is among the richest states in Nigeria, nevertheless, due to its oil production. Top tourism attractions are also found in Rivers State. It combines luxury and adventure in it.

In terms of beauty, riches, and structures, Rivers State is comparable to Lagos and Abuja. Unquestionably, it is one of Nigeria’s best states for living.

A trip to Oyo is required at least once in the life of everyone who is interested in Yoruba culture. He or she will get a sense of the language and the culture here.

Oyo State offers a stunning natural environment. The city is surrounded by mountains and hills, so getting about requires rising and descending. The metropolis is impressive in terms of its size and scope.

The capital of Oyo state, Ibadan, is lovely, well inhabited, and exudes an air of sophistication. Ibadan has become an academic community thanks to the University of Ibadan, which is the oldest university in Nigeria.

Another of Nigeria’s most historic and desirable regions to live is Enugu State. Because it was a significant mining city in the past, when coal was a significant fuel, the capital is known as the Coal City. The University of Nigeria, the nation’s first wholly independent university, is located in Enugu. As a result, Enugu is home to a vibrant academic community. If you like having intelligent talks, this is a terrific place to call home.

The city also offers a wonderful terrain and stunning views. One gets the sense that Enugu is wealthy from its large, gorgeous structures in its well-planned neighborhoods. The University of Nigeria, Nsukka, one of Nigeria’s top universities, is located there (UNN).

In addition to being an oil-rich state, Delta State also has a diverse population of cultures. This is due to the influx of people from all over the nation who come here to take part in the booming economy.

One of several states that make up the Niger Delta is the state of Delta, which is situated in southern Nigeria. With one of the greatest production outputs in the nation, it is an oil-producing state.

The road systems in Delta are beautiful and well-built. You shouldn’t be concerned if your automobile hits a hole in the middle of the road.

The roads are excellent; they are well designed and kept up. The numerous estates are all gorgeous and thoughtfully designed.

ALSO READ:  Where & How to Get Investors in Nigeria Easily

One of the most attractive locations in Nigeria to lead a calm life is Kaduna State. In this location, Christians and Muslims coexist side by side just as they did for millennia.

For those who become engrossed in northern culture, Kaduna is a must-visit location. Kano, a city in the north that is more commercial than Kaduna, competes with the metropolis. Due to its significant population of various indigenous people from the country, it deserves to be on the list. It features lovely structures and a huge market where you can buy anything you need on a daily basis. The fact that Kaduna has the most educational institutions per capita makes it the “hub of learning,” which is crucial.

Another of Nigeria’s most tranquil and vibrant states is Imo. In Owerri, the capital city, there are many hotels and schools. Imo state is home to a sizable young population because students from all over the nation travel there to pursue their education.

The nightlife in the country’s capital, Owerri, is one characteristic that must be pointed out.

Imo is among the safest states in the nation to start a family. The state has a lovely nightlife and adequate illumination. The structures are a nice addition to the appealing natural components in the well-planned environment.

Well-planned states are the best places to live in Nigeria. They provide safety, solid economic prospects, and leisure pursuits to lessen the strain of job or business. Looking at the number of individuals moving there to live is a wonderful method to figure out which locations fit that criteria.

We produced this post for the many people who are considering relocating to Nigeria for one reason or another, as well as for those who are unsure about which state and location would be best for them to live in. Those are the top 10 best states in the country, from which you can pick one and have a great time.