As many of us have come to realise over the past decade, banks are doing a lackluster job at providing good exchange rates for customers. International transfer fees are high, margins are high, and not to mention that investment banks are being mass-shorting currencies which can destabilize entire countries. 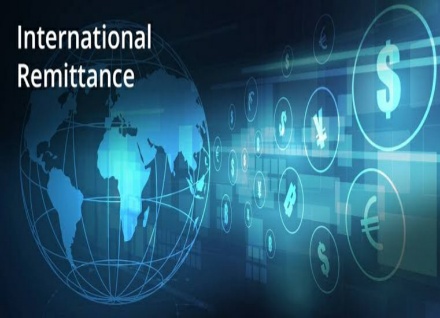 If a series of investment banks decide to manipulate a foreign country’s currency, they can do it at will. Not only can they make that currency devalue rapidly and profit from the margin betting, but it can strengthen their domestic currency relatively.

Remittance is our way out — and the best overseas remittance services have revolutionised immigration, international business and the stability of African currencies. Buying and selling currencies online has never been easier, and buying African currencies is open to the global public. This democratisation of currency has meant that there’s a higher volume of trades each day, many of which are either day-to-day people or retail investors.

Retail investor’s presence has increased during the COVID-19 pandemic, and has taken away some of the investment banking power. Being able to log on to TransferWise, Revolut or Currency Direct and trade African currency in a matter of seconds has done a lot in stabilizing these currencies. With a higher % of trades being expats, small businesses and retail investors, there is less coordination and designed price manipulation.

It’s not just entire currencies that have become more stable since the invention of money transfer companies and commission-free trading, but an entire generation of immigrants have benefited. In countries like Nigeria, where local purchasing power is low, more money can now be retained when travelling abroad.

For those coming to Nigeria from nearby countries can do business, receive wages and purchase goods for much cheaper now that currency spreads are lower. Because these were seen as exotic currencies, margins were often as high as 5% or 6%. Today, online fintech companies are offering margins to Nigerian Naira for under 1%.

This is a totally different story. A frictionless transaction, which it nearly is, can be profoundly conducive to increasing the amount of business transactions. Volumes increase, as does frequency. No longer are people waiting to bulk buy the currency in one-go, because transfers are completed at the click of a button. Or, the use of ATMs is now free of thought, where a single multi-currency account card can withdraw your money in any country for a great rate — though the ATMs themselves may charge.

This can not only help immigrants keep more of their earnings, and pay less for goods in their new country, but it boosts business productivity which can provide immigrants with more jobs. In fact, Nigeria is undergoing a rampant boom in immigration, with US$23.63 billion migrant remittance flow to Nigeria in 2018, up from US$22 billion in 2017. 6. This inflow represents 6.1% of Nigeria’s GDP, which is helping Nigeria run further ahead as the richest African country.

With COVID-19 posing all kinds of threats around the world, Nigeria has their own battle at the borders to prevent illegal traffic into the country. Whilst COVID-19 isn’t as prevalent in Africa as it is in Europe and the Americas, Nigeria is trying to keep it this way.

Of course, this has ramifications on Nigeria’s remittance inflow, which we expect to not share the same growth in 2023 as it had in 2018. This is a threat to the national GDP figures and overall economy, though it appears that business between neighbouring countries is not as hindered as much as expected.

For those doing business or travelling around Africa, it’s vital to make use of online remittance companies. Local brokers and currency stores will extort customers for high margins, as do the banks. Not only this, but multi-currency accounts can be a great place to receive salaries, with a freedom to spend the money in any currency without much margin loss or fees.

This is even more vital for those running small businesses, as it means hiring international workers and paying cross-border suppliers will no longer eat into profit margins as much. On top of this, hedging has become much more accessible, thus reducing currency risk that we have seen in South Africa, with their lengthy declining Rand.