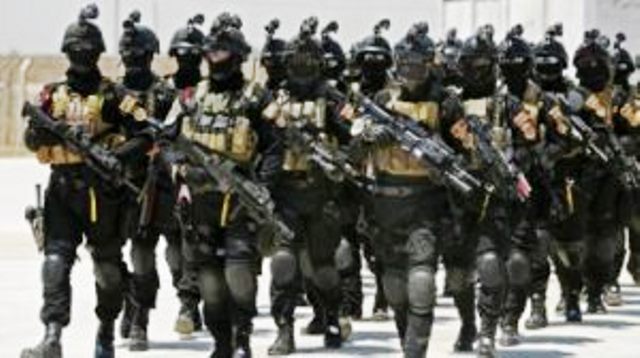 The army generally, is the military component of a country that are trained and equipped with arms and ammunition for the security, protection of the inhabitants and defense of the boundaries of that country on land.

Although the military is made up of different departments which are the land armies or soldiers (ground force), Navies (water/sea base) and the Air Force. Land soldiers are seen to be superior, because land is where most of the wars and battles are fought.

Our focus will be on the best ground force, we shall be listing the top 10 countries with most powerful ground forces in the continent of Africa ranking them from highest to the lowest.

Created in 1912, South Africa army is ranked first on the list of most powerful ground force in Africa with over 210,000 active men. You must be aware that south Africa army/ground force took part in the world war II as part of wider British effort.

It also engaged itself in border war which started on the 26th of November 1966 and ended on the 21st of march 1967. Its headquarter is located at Dequar road, Pretoria,South Africa. They are also well equipped.

This is the largest ground force in Africa at the moment and 10th in the world with more than 430,000 active men who are very agile and skillful enough to emerge victorious after wars.

Since its inception in 1820, the Egyptian army over the years has engaged in some wars which among them was the North Yemen civil war which started in 1963; Libya-egypt war which lasted for some years. Major General Mohammed is currently the chief Commander of the Egyptian land soldiers.

The Nigerian army was established in 1960 immediately after the country’s independence from the colonial masters. Nigeria is currently ranked the 3rd strongest ground force made up of about 200,000 active soldiers.

The motto for Nigerian army is “Victory comes from God alone”

This army has also been engaged in some certain peace keeping missions which it came out successful. They have also been able to recapture some Boko Haram stronghold which has threatened the country for a while now.

Also known as the Royal Morocco Army and they are ranked fourth as the best army in Africa. The creation of this military outfit can be traced back to 1088 but it gained ground on the 14th of November 1956.

The Morocco army consist of 250,000 active troops and its motto is “God homeland king”. They are also one of the most equipped military in Africa with weapons of war that are sophisticated.

Over the years, Morocco army have been engaged in numerous wars which among them are Ifni war from November 6,1957 to November 30,1958, Six day historic war which lasted from November 4 to November 10 between Arab and Israeli forces.

One of the largest and best military group in the continent of Africa with 192,000 active men not counting. It’s one of the most equipped armies in Africa with annual defense budget to support the troops.

Over the years, Ethiopian troops always render help to other countries such as British empire during the Madist war (a fierce war between British empire and Madist Sudan from 1881 to 1899).

Its current Commander is the country’s prime minister Hailemaria. You’re qualified to join the Ethiopia army once you are 16 years of age.

The Libyan army are ranked as one of the deadliest elite forces in the world with over 40,000 active men. Its headquarter is located at tripoli, Libya.

Some recorded ammunition at their disposal include: TT-PISTOL, Beretta M12,FNP 90,SKS, AK-47 among others.

Though not as equipped with sophisticated armory and weapons as the other countries listed above, the Tanzanian ground force (army) is one of the best armies in Africa.

It was founded on the 1st of November, 1964 with numbers of active men approximated to be 30,000 as at November 2017. They are fondly called ‘The Tanzanian People Defense Force’

Joining the Tanzania army doesn’t require much criteria, all you need do is to be 18years of age or above; be a citizen and be psychologically fit and ready to face any emergence of war.

Tanzania army doesn’t have many record of war as its only war engagement was the conflict between Tanzania and Uganda.

Uganda Army was created on the 1st of November 1962. Just as Tanzania, any citizen is qualified for recruitment at the age of 18. Uganda Army get its arms and ammunition from the US military department.

Another strong force who took the center stage during the second world war. Created in 1964, it currently has a manpower of about 30,000.

Its command headquarter is located at Nairobi Kenya while its Commander in Chief is President Uhuru Kenyatta. Among the equipment which it possess are 186 main battle tanks, thousands of vehicles, AK-47 etc.

Last but not the least, Somalia was ranked as best ground force in Africa before civil war which claims lives and properties.

It was founded in 1960, it currently have 13,000 active men while 24,000 men are on reserve team. Its headquarter is located at Mogadishu, Somalia.