Nigeria is blessed with so much talent and being a DJ is one of them. This post will intimate you on the hottest DJs in Nigeria currently and explain what makes them tick in the Nigerian entertainment industry today. These DJs are also influential as they have set the pace for others to follow in Nigeria today. 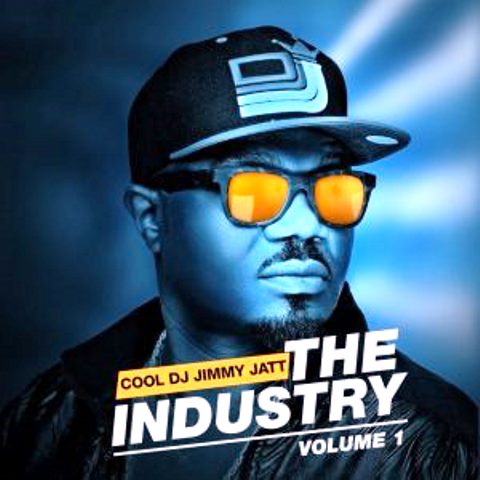 One cannot talk about being a DJ in Nigeria today without using DJ Jimmy Jatt as the reference point. In a profession many thought as unserious in the years gone by, Cool DJ Jimmy Jatt stuck to it and today, he is the godfather in the business. DJ Jimmy Jatt is the most famous DJ in the land and he is based in Lagos, Nigeria.

DJ Jimmy Jatt’s real name is Jimmy Amu. He has an album titled “The Industry Vol. 1”.

His career began 2001 and he was part of the MTV Guinness Extra Smooth Train to Abuja and Benin. His excellent skills have also given him the opportunity to work with international disc jockey, Mannie.

DJ Humility is another top DJ in the country with beauty on the wheels of steel. He probably is up there with Jimmy Jatt as one of the best Dj’s in Nigeria if you consider that his presence in the business is long and successful. His real name is Benedict Afagwu.

DJ Humility entered the spotlight in Nigeria when he clinched the first position at the Benson & Hedges DJ Championship in the early 2000s. About the same time, he was voted as Nigeria’s best radio DJ at the Gbedu Awards; in 2003, he won an award at the Fanta Fame Awards .

He has also performed at some of the biggest concerts in Africa. DJ Humility is currently a radio DJ.

DJ Spinall is a fast rising Nigerian DJ. Presently, he is the official DJ to Wande Coal, Beat 97.9 FM Ibadan and the weekly Industry Nite. DJ Spinall is known by the trade name, “the Cap” or “Unstoppable Dj Spinall” due to his fast rise in the business.

With his frequent mix-tape titled The Cap getting attention online, Sodamola Oluseye Desmond, better known as DJ Spinall explains that his stage name signifies the fact that he plays all genre of music, thus, the name “Spin-all”.

He went to several DJ schools and was schooled by the legendary DJ Slim, DJ Hotega and DJ Jimmy Jatt. He holds a bachelor’s degree in Electrical Electronics Engineering.

Born Rotimi Alakija in the United Kingdom to Nigerian parents; at an early age, he moved to Nigeria for his high school education at King’s College, Lagos after which he he proceeded to the higher institution to get a degree in financial computing.

Signed on to EME as an artiste, Xclusive began his DJ career at various clubs such as Vendome, Tribeca and now an on-air radio DJ at Cool FM Lagos, Vee-Jay at Channel O and he is also the official DJ to afro-pop sensation, WizKid.

DJ Xclusive has received several awards including the 2010 Nigerian Entertainment Award for “World Best DJ”. He also got nominated as “Best DJ ” at BEFFTA Awards.

DJ Neptune is one of the best DJs in the Nigerian music industry today. His real name is Imohiosen Patrick. DJ Neptune hails from Edo State, but he was born and brought up in Lagos State. DJ Neptune started out as radio DJ and once worked with Ray Power FM before becoming a freelance DJ and performing at international and national concerts.

DJ Cuppy real name is Florence Ifeoluwa Otedola. She is a professional Nigerian disc jockey and music producer. Her father, Femi Otedola, is one of the richest men in Nigeria. DJ Cuppy is one of the most popular dj’s who has made waves in the music industry. She has released a lot of mix tapes and was even the resident DJ at the MTV Africa Music Awards that took place in Durban in 2014. She is also a music producer and has some albums to her credit.

DJ Lambo is another top Nigerian disc jockey whose real name is Olawunmi Okerayi. Although she isn’t as popular as the rest on this list, she has been rated among the best 10 Nigerian DJs to look out for in the future. In 2016, she won the best female DJ of the Year at the City People Entertainment Awards.

In 2017, Big Brother Naija, a reality tv show chose DJ Lambo to play at the Season 2 Saturday party. She is currently the head and president of Choc Boi Nation (CBN), a subsidiary of Chocolate City, one of the top music record label in the country today.

Kiddominant is currently one of the hottest disc jockey and music beats producer in the Nigerian music industry. This feat has seen him work with top music artists like Davido, Wizkid, Wale, DJ Neptune, Mr Eazi, Mayorkun and even Orezi. Kiddominant real name is Ayoola Oladapo Agboola and it was he who produced some of Wizkid and Davido’s international hit singles which topped the US R&B/Hip-Hop Airplay chart.

Masterkraft is one of the popular names of dj’s in Nigeria that has worked with several musicians. His mix-tape is used virtually in musical shows and he was listed as one of Nigeria’s top 10 music producers. Masterkraft real name is Sunday Ginikachukwu Nweke. Aside being a Nigerian record producer, he is also a disc jockey, pianist, and a songwriter.

There you have it, the best DJs in Nigeria currently. Nigerians who is your personal best? Have your say in the comments section.