Who are the best comedians in Nigeria today?

We know that these Nigerian comedians are funny but not all can make you laugh. The comedy industry has seen a lot of promising young talent rise to stardom. We shall focus more on the veteran comedians who are seen as the best and inspiration to the young ones.

From the Nights of a Thousand Laughs, the AY Live show, Crack Ya Ribs, to Stand Up Nigeria, these talented Nigerian comedians are extremely funny. They are not only the top best comedians in Nigeria but also the richest in the industry.

He is known as the Nigerian King of Comedy. He is among the pioneers of the comedy business in Nigeria. He helped train a vast majority of other big guns we hear in the comedy industry. His jokes are mostly targeted at politicians and the big men of Nigeria.

His Home In Lekki is valued at over N400 million and his appearance fee per show is within the range of N4-6 million Naira. He is also a serious business man and gets show calls twice every week. Ali Baba’s net worth of his total assets is over N3 billion Naira and pockets N400 million yearly from shows alone.

His real name is Bright Okpocha but popularly known with his stage name as Basket mouth, he has redefined the comedy industry with his own particular brand. He remains the best comedian in Nigeria at the moment. He is an ambassador for telecommunication company in Nigeria, GLO and also for a betting company, SureBet 247. He is also the CEO, Barons World Entertainment that organises most top shows in Nigeria.

His Net Worth is valued at over N3 billion. He gets about 150 million naira from endorsement deals and over a 100 million from shows alone. He is happily married with two kids.

He is among the best in the business. His real name is Francis Agoda but is popularly known with his stage name “I Go Dye”. His warri accent and style of comedy is just one of the things that makes him funny.

He is also a business man as he owns a construction organization called Revamp Construction which deals in Real Estate and road construction. His yearly take home is somewhere around 350 and 300 million with a total assets worth more than 2 billion.

Since the inception of comedy in Nigeria, Julius Agwu has been in the lime-light of the entertainment industry and comedy business, making him and Alibaba one of the pioneers of the comedy industry. Julius charge per show is within the range of 2-4 million Naira. He is also the CEO of Real Laff Entertainment that coordinates both Crack Your Ribs and Laugh For Christ Sake comedy shows. These shows gives him about 145 million naira yearly. With a total asset estimated at 1.5 billion Naira minus other landed properties in Nigeria.

Another best comedian in the country is Ayo Makun, popularly known with his stage name as AY.  He recently featured in a popular movie that was ranked the most successful in Nigeria and abroad “30 Days In Atlanta” which helped increase his net worth. His yearly show AY Live brings him around 160 million Naira and he charges about 1-2 million for every show. He pockets about 200 million yearly plus other endorsement deals and has a net worth of more than 800 million naira. He is fond of cars and have properties scattered around Nigeria.

Currently, he is the hottest as he has made his wealth from tours, adverts, and events. He is also on the list of best comedians we have in Nigeria today. 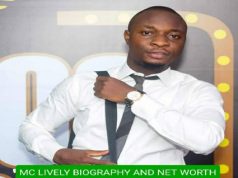 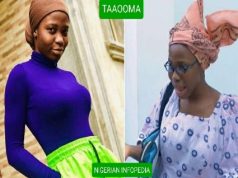 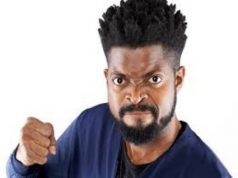