In Nigeria today, there is a long list of tertiary institutions to choose when considering your higher institution of choice. Whether it is a university, a polytechnic, or a college of education, Nigeria has them all. In this article, we will focus on the top 10 colleges of education in the country. Do read along. 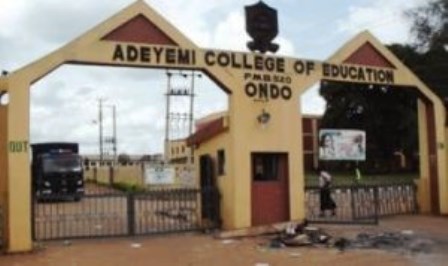 Colleges of education became part of the Nigerian educational system around 1960, during the time when Nigeria gained independence from Britain. The reason why they are established is to train teachers of primary and secondary school students, to give Nigerian students in primary and secondary schools the best teachers that are well rounded for the teaching profession.

Teachers in Nigeria are still in high demand, be it in the public or private sector and they will always be. If you desire to get a Nigerian Certificate in Education (NCE) in a college of education of repute, then you should consider the following colleges.

The following colleges of education, in no particular order are the best in Nigeria and if you desire an NCE, make these ones your priority.

This College of Education is located along Ore-Ondo road in Ondo state, and it is one of the top teachers training schools in our dear country. It is often regarded as the best college of education in Nigeria due to their great standard of teaching and imparting knowledge.

It is noteworthy to mention that the institution is affiliated to the Obafemi Awolowo University (OAU) as it is a college of the premier university.

Adeyemi College of Education was founded in 1963 and it was named after Canon M. C. Adeyemi, an Anglican priest, due to his excellent contribution to education in Ondo State.

The College has five schools namely: Arts and Social Sciences, Education, Languages, Sciences and Vocational and Technical Education, all of which houses twenty-eight different departments.

Located in the ancient town of Zaria, Kaduna State, this College of Education is another leading light in teachers training. The Federal College of Education, Zaria was among the four advanced teachers training colleges recommended by the federal ministry of education in 1959. This was to cater to the increasing number of primary and secondary school students in the country.

The institution was established on February 1, 1962 and it was authorized to commence operations in February 1963. It was originally known as Northern Secondary Teachers College before being renamed Zaria Teachers’ College.

Located in Minna, the Niger State capital, the Niger State College of Education is owned and funded by the Niger state government. It was established as an advanced teacher’s college by the defunct North-Western State Government in the 70s’. At this time there was a huge need for secondary and primary school teachers in the state.

The college was established in Minna in 1975 and in 1983, it was upgraded to a college of Education.

It has six schools- Arts and Social Sciences, Education, Languages, Science, Technical Eduation and Vocational Education- which house a total of 32 departments. Upon graduation, students receive awards of Nigeria certificate in Education, Certificate, Diploma and Degree.

This institution initially took off as the Federal Advanced Teachers College for Special Education, FATC (SE), in February 1977 and is affiliated with the University of Ibadan, UI.

Until the 1993/94 academic session, all teaching and learning activities in the college (including lecturing, setting and marking of examinations, teaching practice and others) were supervised and monitored by the University of Ibadan through the Institute of Education and the Department of Special Education.

The college started awarding NCE certificates after this time.

This College of education is located along Kofar Famfo road in Kano state, and it was established in 1961. It was known at that time as the Kano Men’s Training College. By 1965 the institution was moved to its permanent site.

The college is made up of Schools of Arts and Social Sciences, Education, Languages, Sciences, and Vocational Education. It also offers Degree Programmes (B.ed), Continuing Education (Diploma, NCE/DE) as well as part time studies. The degree programs are run in affiliation to the Ahmadu Bello University, Zaria.

Established in 1976, it is located in Osiele area of Abeokuta, the Ogun state capital.

This College of Education is one of the best in the country that provides three-year full time and five-year sandwich courses respectively leading to the Award of the Nigeria Certificate of Education (NCE).

The College of Education, Warri is owned and run by the Delta state government. Originally, it was founded as an Advanced Teachers’ College at Ihogbe, Benin City in February, 1979 by the defunct Bendel State Government.

In February 1980, the government directed that it be moved to Warri. The college currently runs Degree programmes in Education and is offering more courses with time. It also offers pre-NCE programs and you’ll need 4 o’ Level passes to gain admission into one of its programs.

Emmanuel Alayande College of Education is one of the best colleges of education in Nigeria that was established by the Church Missionary Society in 1896, originally as St. Andrew’s College.

It was also originally established as a Grade II Teachers Training College and with time, it was upgraded to a College of Education.

The College has excellent Information Technology (IT) facilities and several infrastructures to cater for its students.

In February 1979, this College was established by the defunct Bendel state. It was officially opened in February 1981.

The College became an external campus of the Delta State University, Abraka in 2006. It is made up of six schools which houses several departments.

Located in Ikere, Ekiti State, this College is one of the best in the country, and it is affiliated with the University of Nigeria, Nsukka (UNN).