Ibadan is one of Nigeria’s most desirable cities to live in. It is the most populous metropolis in Oyo state and the third most populous city in Nigeria, with a population of 3 million people. Another interesting fact about the Oyo capital city is that it is the country’s largest city by geographical area. Apart from all of these, Ibadan is one of Nigeria’s most cost-effective cities. All these facts are enough to make someone desire to live in Ibadan. This article will take a peek at the best areas to live in the city. 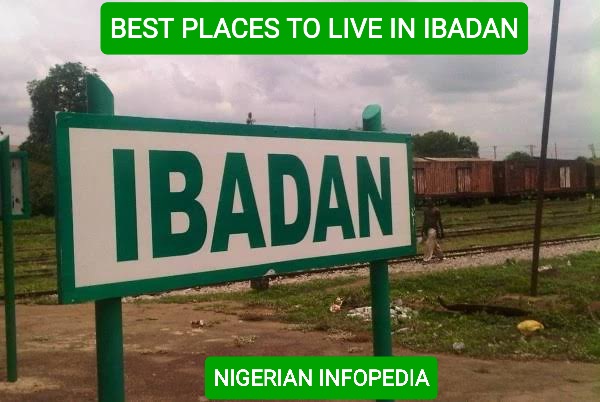 On the off chance that you’re seeking for a good place to live in Nigeria, Ibadan is more than a choice; it’s an experience location to give an head.

Below is a list of appealing, cool, and budget-friendly places in the Oyo capital city:

First on this list is Bodija. This is a renowned tourist destination in Ibadan. Living in the Bodija area gives you quick access to commercial areas where you can get all of your basic necessities.

The establishment of the Bodija estate, a high-end estate created immediately after Nigeria’s independence, increased the area’s popularity. Within the region, there are two Bodija estates: Old Bodija and New Bodija.

Many well-known schools in the state are located in the Bodija estate. There’s also the Bodija market, which is one of Ibadan’s biggest markets.

Agodi G.R.A. is one of the best residential area in Ibadan. The place is recognized for housing largely the wealthy. The seat and house of power in the state is sometimes referred to as Agodi G.R.A.

This is because the Governor’s Office and all other government parastatals are housed in the Oyo State Secretariat, which is located in the Agodi neighborhood.

Moreover, Agodi G.R.A is noted for its tranquility, cleanliness, and luxury. Agodi has managed to maintain a solely residential character since its establishment.

Oluyole Estate is a place for all and sundry in Ibadan. The residents of the area are a mix of upper, elite and middle class. It’s in the Oyo state’s Ibadan South West Local Government Area.

In terms of the cost of living, Oluyole Estate is moderately priced, so you’ll see both youthful working-class folks and families there. Adding that that, Oluyole Estate also features a well-developed road system.

Iyaganku G.R.A. is commonly referred to as Ibadan’s “small London.”

This area of Ibadan city is noted for its first-rate infrastructure and tight police protection provided by the local police station.

Onikere G.R.A. is a quiet, high-brow and serene place in Ibadan. The government residential area is a modestly sized location in the central part of Ibadan city.

The Ibadan Recreation Club, Golf Club, and other Lebanese warehouses are all close by in Onikere. In Ibadan, Onikere G.R.A. is an investor’s paradise and a place where you may make solid business connections.

Next in this list is Ikolaba. This is one of Ibadan’s few government-reserved areas. Ikolaba G.R.A. is home to many wealthy people, politicians, and celebrities. This is not just a normal area, but it is recognized for being restricted to important people who can afford it. Ikolaba G.R.A. is home to the Nigeria Customs Service, the National Health Insurance Scheme (NHIS), and other government organizations.

Idi Ishin and Jericho area is one of Ibadan’s most affluent places, due to the fact that it is home to many Ibadan politicians.

The area is one of Ibadan’s most expensive areas, having many standard schools. Due to the presence of schools, this region is home to a large number of families with children.

Jericho/Idi ishin is also close to the famed Aleshinloye market, as well as other popular places like Dugbe, which has cinemas, nightclubs, malls, and recreational centers.

Ibadan’s Ring Road is one of the city’s most popular locations. It’s a fantastic location with beautiful vistas and excellent shopping. Ring road is next to one of Ibadan’s Shoprite malls. When commuting by express, the neighborhood is also near to the toll gate.

Because of its proximity to the road, it is an ideal location when putting accessibility in mind.

The Akobo estate is one of the largest residential area in Ibadan. The estate also have several phases. In Akobo, you’ll find several magnificent structures and high-tech estates. There are privately created estates within the Akobo Estate, which can be pricey depending on the location.

Because Akobo Estate has a solid road network and draws a lot of real estate investors, it is much appreciated by the residents who are always trooping in.

Aerodrome Estate was formerly known as Samonda, a decommissioned local airfield. Otunba Adebayo Alao-Akala, the then-Governor of Oyo State, converted the airfield into an estate.

The Estate has since grown to become one of Ibadan’s most costly and rapidly rising estates not just in the city, but in the state at large. Within the Aerodrome Estate, there are privately owned estates within. Due to its convenient location and well-developed road network, Aerodrome GRA is a highly sought-after area in Ibadan. The area is near the University of Ibadan and along the Ojo Express road.

Alalubosa G.R.A is well-known in Ibadan as a posh estate for the city’s elite. The gorgeous terrain, vast coverage regions, and privately-owned estates are the selling points of Alalubosa G.R.A.

Moreover, Alalubosa estate is one of Ibadan’s most costly estates, with plots of land costing as much as 25 million naira. There are also other landed properties costing between 35 and 40 million naira in the city area.

The senescent Kolapo Ishola Estate which was once abandoned, is now one of the fastest growing estate in Ibadan.

Because of its location and size, Kolapo Ishola Estate has become a popular construction site. It has a solid road network that connects to numerous popular destinations.

This article enumerated the best areas to live in Ibadan. This included the full list of the most ideal locations to live in the Oyo capital city.