This is the Biography and Net Worth of Nigeria-French singer, Asa. Asa was born on November 17, 1982. She is a Nigerian-French singer mainly because she is based in France and she has seen France as her home over the years. She is a pure breed Nigerian singer of Yoruba origin. The name “Asa” means “Hawk” in Yoruba.

Asa was born Bukola Elemide, in Paris, France to Nigerian parents. When she was two years old, her family returned to Nigeria to live.  Asa grew up in a small town near Lagos, in the south-western part of Nigeria. After 20 years in Nigeria, Asa returned to France and that was where her career in music kick started. 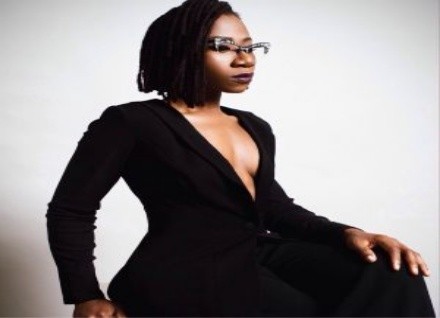 Whenever Asa came home from school in Nigeria, she discovered musical acts like Erykah Badu, D’Angelo, Raphael Saadiq, Lauryn Hill, Femi Kuti and multiple Grammy Award winning singer from Benin Republic, Angélique Kidjo . This was while she was in pursuit of educational excellence, and these musical acts are whose footprints she dreamed of following.

Asa has three brothers. She is the only female child of her parents.  At a young age she began to look after the house during her parents’ frequent absences. This is when Asa started to sing.

Over the years her father had built up a collection of records featuring soul classics and Nigerian music, including Marvin Gaye, Fela Kuti, Bob Marley, Aretha Franklin, King Sunny Adé, Ebenezer Obey and Lagbaja and Asa they all had huge impact on Asa as she went on to draw inspiration from them.

ALSO READ:  Tu-Baba (2face) and Davido: Who Is Richer?

Asa met her manager and friend named Janet in 2004 and via her manager, Asa was introduced to Nigerian music heavy weight Cobhams Asuquo, who in turn became her musical partner and producer.

Asa, now back in Nigeria, released her first single, “Eyé Adaba,” then “Jailer”. Her songs received positive views among Nigerians and they were quickly being played on the airwaves.

Asa soon signed to Naïve Records, partnered with Cobhams and with the new involvement of Christophe Dupouy, she produced her first album, Asa. The release of the album saw Asa win the prestigious French Constantin Award in 2008, where she was voted best fresh talent of 10 singers or groups by a jury of 19 music-industry specialists in Paris.

Her second album, Beautiful Imperfection, was released on 25 November 2010. The lead single from

Beautiful Imperfection is titled “Be My Man” and was released in late November. A video for the song was released in mid-November. She also performed with Féfé at the Sydney Festival in 2011.

Asa is seen as an inspiration to many due to the nature of the content of her songs. Currently, Asa is worth $2 to 3 million.

List of all Asa’s Albums, songs and year of production

8.How Did Love Find Me

12.The One That Never Comes

2.You Don’t Have To Be Sorry (Provided)

6.Dreamer Girl (Have You Ever Heard)

6.Fire On the Mountain (Live)

5.Fire On The Mountain

13.No One Knows (Acoustic Live In Tokyo) [Bonus Track]

15.The One That Never Comes (Live)