Biography, salary and current Net Worth of Antonio Conte 2023, former Chelsea Football Club manager who at some point in his illustrious career was Juventus Football former Coach. He also won best English Premier League manager during his time in England. 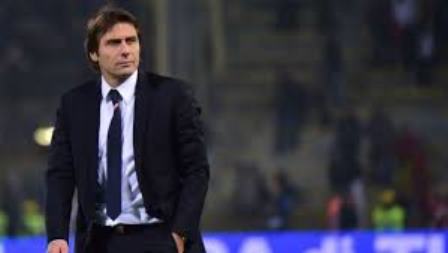 Antonio Conte was born 31 January 1969, he started playing as a midfielder at local U.S Lecee before he went on to be one of the most influential players in the history of Juventus. He captained the team, winning the UEFA Champions League, 5 Serie A titles, among other titles. He finished runners-up in the 1994 FIFA World Cup and the 2000 UEFA European Championship respectively.

His managerial career started in 2006, leading Bari to the 2008–09 Serie B title, and Siena to promotion from the same division two years later.

He then took over at Juventus in 2011, where he implemented a 3–5–2 formation and won three consecutive Serie A titles, before taking charge of the Italian national team in 2014 until the UEFA Euro 2016 campaign.

Antonio Conte’s tactics approach to a soccer game has always been direct playing a three man defence and with that formation, he has recorded success anywhere he went. He was the former football manager in Chelsea FC and he guided the club to win the premier league in his first spell at the club.

Due to some unrevealed issues, Chelsea FC sacked Antonio Conte and replaced him with Mauricio Sarri, a fellow Italian and former Napoli coach. Sarri has since moved to coach Juventus FC while Lampard was appointed head coach of Chelsea.

Antonio Conte has an estimated net worth of £10 million. On 4 January 2016, it was confirmed that Conte had signed a three-year contract and would officially become the new first team manager of English Premier League side Chelsea from the 2016–17 season.

Conte salary was about £550,000 a month while he earned £6.5 million per season at Chelsea football club. After his sack from the club, Jose Mourinho replaced him.

It was rumored that Conte would coach Real Madrid after Jelen Lupetuegi was sacked from Real due to poor results and thrashing of Madrid by Barcelona, but it wasn’t to be as the club opted for Solari and later brought back Zinede Zidane after Real Madrid had a woeful season.

While we await the court judgement of Antonio’s contract with Chelsea, the highly rated coach according to sources from his camp suggest that he would want a steady two and a half years of coaching the club and if they want to sack him, they would have to pay him off the remainder of his contract, something football clubs are not willing to do.

Now, he earns £9 million a year as salary in Inter Milan. He is also one of the longest serving managers in the Italian Serie A.

Conte is married to his wife Elisabetta who he married in January 2013. Both have a daughter named Vittoria. He speaks Italian and English. Conte’s is a practicing Roman Catholic.