Akpororo’s current net worth 2022 estimate, career, wife, endorsement deals and how much he makes per show, his cars worth is what this post seeks to explain. 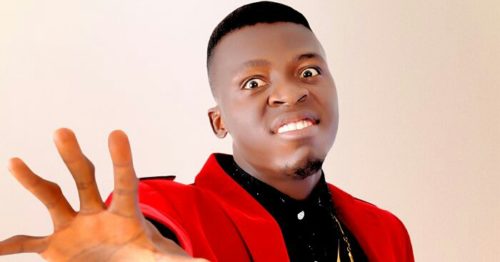 Popular Nigerian comedian Akpororo’s real name is Jephthah Bowoto. Although he was born on November 3rd, 1989 and grew up in Warri, Delta State. He is a native of Ilaje in Ondo state. Akpororo career started as a local gospel vocalist before he joined other big wigs in the entertainment industry. When he first started, it was not an easy ride as he auditioned for many comedy competitions and failed. In 2009, Akpororo contested for the “AY Open mic” award, and also lost that the audience shouted “WAKA” even before he said the final “Joke”. He was not discouraged and tried again.

It was during the second attempt at Basketmouth’s Laff and Jam show in Ikoyi that brought Akpororo to the lime light. He emerged the winner among the rest in that show. The multi-talented Akpororo later performed with other top comedians in Nigeria taking stand-up comedy to another stage. He also has ventured into acting, featuring in a film which was produced by Sound Sultan. The film starred the likes of Alibaba,, Eniola Badmos, Zack Orji, and even Tuface Idibia.

Since his rise to fame, Akpororo’s net worth is estimated to be $5 million currently this 2022 considering the assets he has acquired, the endorsements, the shows he has acquired at a very young age in the entertainment industry. He currently owns a Range Rover SUV which was reportedly worth over N5 Million. His comedy show “Akpororo versus Akpororo is said to earn him millions of Naira annually. He is also one of the official ambassadors of Telecomms giant in Nigeria, Airtel.

Aside from comedy, Akpororo is also a gospel artiste. He is also known to perform for mega churches like HICC, HGCC in Lagos, COZA in Abuja, The Rock Cathedral and many others, putting smiles on peoples face and at the same time praising God through his music. He attributed his success and rise in the industry to putting God first in whatever he does. It is said he charges about N1million to N2 million for shows.

The successful Nigerian comedian is married to Josephine Abraham and is currently a student of Lagos State University (LASU). He is social in nature who has surpassed a lot of his colleagues who ventured into the game before him. He is currently studying sociology. Just recently, He and his wife, Josephine welcomed their first child.