The salary that Airtel Nigeria pays its staff per month this 2020 is what this article will explain in details. Airtel Network is one of the fastest in Nigeria and a top IT firm that operates in the country.

When it comes to telecommunications in Nigeria, Airtel Nigeria is one top companies. This high ranking company has attracted a lots of customers to themselves, thereby making them to be the second most used telecommunication network provider in Nigeria with about three million subscribers.

Airtel Nigeria influence and dominance in the country has made job seekers see the company as a viable option to work for. This is because, the salary an entry level staff of Airtel receives per month in Nigeria is mouth-watering.

Also, the creation of opportunities with an avenue to grow career wise by Airtel for qualified personnel showcases their willingness to invest in workers welfare. No wonder, graduates wish to work for this telecom firm.

As such, we peek at the salary structure of Airtel Nigeria staff in different levels of employment. The write up also cover the nature of jobs at the telecom company and the near estimate figure of salary each worker there receives.

First let’s basically expound Airtel Nigeria: What the telecom company is all about and what they offer.

Airtel Nigeria is a subsidiary and it is owned by Bharti Airtel Limited, an Indian global telecom outfit known for delivering telecommunication services around the world. Their services ranges from GSM , 3G, 4G LTE , 4G+ mobile services, fixed line broadband and voice services to the vast number of their subscribers which amount to 411 million globally.

Airtel has a strong hold in the African continent when it comes to delivery of speed and fast internet services. They are challenged by South African telecommunications giant company, MTN, which they tried buying in 2008. They are also operational on Southern Asia, Channels Islands and in major African countries.

This could be seen when considering their subscriber base as it mostly tracks to being an all African affair. With all these, Bharti Airtel boasts of the largest subscribers of the telecommunications network in Nigeria and Ghana. With the duo accounting for more than 15% of the total subscribers(39.8 million presently).

2G, 3G and 4G wireless network services is one of the modern technological features Airtel Nigeria has set for its customers. Other services are mobile commerce and enterprise services.

Airtel is the third most used telecom network in Nigeria after MTN. They are arguably the fastest growing telecommunications network provider in the country. A major influencer of this feat is their availability, reliability and low data costs.

The network is available in all the states in Nigeria. The company has a coverage of more than half of the country’s population and its 3G coverage ratio is over 41%, which spans in all major cities around the country.

According to released statistics, the company’s distribution network spreads across over 40,000 retail outlets having a total of over 332,042 retailers in Nigeria.

In the 2016/17 fiscal year, Airtel network carried over 420 Terabytes of data volume. This resulted in helping subscribers enjoy continuous data and internet services. This action was effected only to those on the network, and had a response of attracting thousands of subscribers to them.

Salary Structure of Airtel Nigeria: How Much Airtel Pay Workers As Salary in 2020

The salary structure Airtel Nigeria pay their workers on average is N170,000 for graduate in entry level. The least earner which is the consultant earn is N33,000 as salary per month. The highest earners of Airtel company in Nigeria is estimated at N1 million and this is for employees like the head of sales and the administrative heads including the directors can earn per annum.

The salary range at Airtel Nigeria is dependent on the year if experience as those employed newly are not considered more than the old in terms of salaries.

New Entry employees are paid less than what the experienced old ones earn. But the amount paid to new employees is subjected to increase in the condition of promotion and if the country and wishes so.

Below is the breakdown salaries of workers in various department of Airtel Nigeria this 2020:

One of the interesting fact about Airtel is their workers pay bonuses. If you serve the company for a long time, you will be rewarded with out of salary pays that will go a long way to augment your monthly stipend.

Another factor that effect the change in salary pay is your rank in the company. Heads of various department and Directors are the category of employees at Airtel Nigeria that earns most. If you are a newly recruited staff, then you will have to add more to your qualification and work for the promotion when it comes.

Most promotions usually comes on a yearly basis and when it approaches, workers years of experience and stay will the company will be considered. Also, the qualification will play its role in making you be listed for the promotion.

Airtel Nigeria is not just a usual network provider, buts its more than a telecommunications company in the country. Presently, the telecom giant has about 26.8% mobile telephone market share adding to the huge 46.8 million subscribers in Nigeria. This makes them the second largest network provider in the country after South Africa’s MTN (Mobile Telecommunications Network).

The company entered into the country as Econet Nigeria in 2001 as has grown to be the fastest growing network in Nigeria, because of their affordable offers. This has encourage the upbringing of workers by the company. 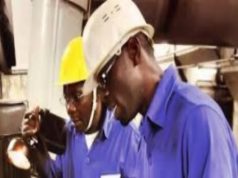 Mechanical Engineering Salary: How Much They Earn (2020) 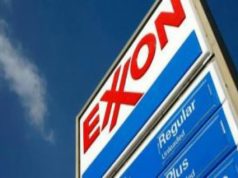 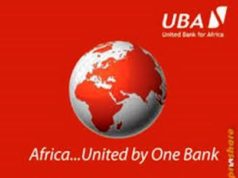 UBA Salary Structure: How Much They Pay Staff (2020)