Home Facts Information The Legal Age of Consent in Nigeria

If you are inquisitive about the age where a person (mostly teenagers) in Nigeria is legally consented or permitted to start a sexual life and marriage. Then this post is for you as we will explain the legal age of consent in Nigeria. We will also expound on the implications of age of consent in different range. 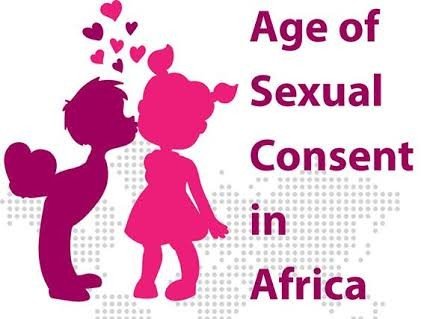 What Age Of Consent Means

The age of consent is the base or starting age at which an individual is legitimately mature enough to begin sexual activity. In a more explicit way, it is the age where a person is considered old enough, by law, to decide whether they should agree to have sex. Sometimes, age of consent is always related to marriage age.

In Nigeria, there is no close-in-age exemption. This implies that on the off chance that a male and a female direct a close intercourse and one of them is under the age of consent. The other one that is above the consent age limit isn’t much problematic, giving the other one of a lower age countering the law. To put it as an example in easier words, if the age of consent by law is 11, that means a kid of 12 won’t be violating the law for going into a sexual contact with a young girl of 10, which is below the age of consent.

Viewing from the Nigerian scene of what is here, in the event that the boy (12) does such with the girl (10) under the age of consent, he will be seen as a violator of the law, regardless of whether he is under that age, as well. Thats the reason there is no close-in-age exemption in Nigeria, as a side may be favoured at the expense of another who is not all involve.

There are many factors that influences the age of consent in a country or a specific region. These factors makes the age to be differing in different countries. Here are they;

This is a crucial determiner to the age of consent, due to the fact that religious groups have their stand on marriages and sexual involvement. In Muslim areas, the age of consent is executed as per the Islamic law. The law here stipulates that girls can be 10 years of age. It happens frequently that grown-up men wed young girls because the Islamic marriage law permits so. For Christians, there is no specific age for consent. Marriage and sexual activity is only applicable for adults, as examples shown in the Bible, there is no teen or early marriages.

As Nigeria is a multi-cultural country, almost all ethnic groups has their own traditional set up for marriage. In certain places it is typical for people to go into consent at just 10, while some is set at a maturity age (18), or age limit depending on what the tradition and custom posits.

This is the law set up by the government regarding age of consent. By law in Nigeria, grown-up boy or man can wed young girls from 12 years and above in the country. Therefore private sexual contacts in this case can’t be named illegal or contradicting the law.

Away of these factors, there are also some odd influencers to the age of consent in Nigeria. This is through examples and influences by people in authority. For example, one of the Nigerian legislators, a previous governor, had two young girls, aging 13 and 15 respectively, as his wives. This case is seen as being an underation of the female, and may lead to forced marriages where they female may later not like the marriage. This kind of scenerio is caused by traditional and religious factors which permits under-adult marriages.

What Is The Legal Age of Consent In Nigeria ?

As stipulated by the law, the official age of consent in Nigeria is 18 years. This means that only people above the age of eighteen are permitted to engage in sexual activity. Those whose ages fall 17 or below are not legitimately ready to agree to sexual actions in Nigeria. Any violation or breach of the age of consent limit may bring about arraignment for statutory rape and contradiction to the law, which all implies punishment.

The Nigerian Constitution legally defines that sexual assault law is violated when an individual has consensual sexual contact with an person under the age of 18, which is the age of consent.

The Age of Consent in the World

In Africa, age of consent is significantly 16 for certain nations like Sudan and Liberia. In these countries, it’s restricted to have sexual action with a child below this stated age.

The age of consent in USA is dependent on the states. Various states have it somewhere in the range of 16 and 18. They have the referenced exclusion that implies no obligation regarding young people under that age who choose to have contacts with each other.

In Turkey and Malta, young people are viewed as ready to give their assent for sexual involvements just at 18 years old.

The adult age which is 18 is the age of consent adopted in some of the remaining countries of the world.

The legal age of consent in Nigeria has been a much debated topic as to whether it is 18 years of age or 11. We have, in the course of this writeup, we shed more lights on what Age of Consent means and what factors influences it.