Since independence, Nigeria has been concerned about the position of Africa in the context of world politics. Africa as the centrepiece of Nigeria’s foreign policy implies that Nigeria’s foreign policy is essentially based and centered on issues and affairs affecting the continent of Africa as a whole. In effect, Nigeria gives priority attention to African affairs, and identifies and defends the legitimate interests of the continent at all times.

1. Nigeria’s call for decolonization
Since independence, Nigeria has not relented in her call for eradication of all forms of colonialism throughout the continent of Africa. Nigeria’s representatives in international organizations have repeatedly reaffirmed the stand of the country on the need for the freedom of people to choose their leaders, and non-interference in the affairs of other states.

2. Nigeria’s leadership position in Africa
Nigeria wants to unite and bring the countries of Africa to speak with one voice in international organizations such as the Non-aligned Movement, Commonwealth and the United Nations.

3. Resistance to neo-colonialism in Africa
Nigeria is interested in mobilizing African states against the emerging neo-colonial strategies of the western world on the continent.

4. Protection of Nigeria’s Domestic Interest
It is the belief of Nigeria that her domestic interests cannot be protected when the continent of Africa is under one form of domination or the other. It therefore implies that Africa’s collective self-reliance is the basis of achieving Nigeria’s socio-economic and political development.

Loading...
RELATED POSTS  Principles of the Rule of Law

5. Size and Population
Nigeria is large in population and size, and blessed with abundant human and natural resources that could be utilized to project the collective image and aspirations of the African continent.

6. Defence of leadership position
Nigeria wants to counter the influence of the other powers in respect of domination of Africans, and to project the prestige of Nigeria and other African countries in international organizations.

The concept of Africa as the centrepiece of Nigeria’s foreign policy is implemented through the following mechanisms: 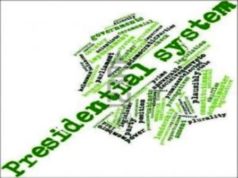 Nigerian Presidential System Of Government: What You Need to Know

The Electoral Process: Suffrage or Franchise