This is the Biography and Net Worth of Tolulope Adesua Etomi, fiancée of the singer-songwriter, Banky W. Adesua Etomi was born on May 22, 1986 in Owerri, Imo State, Nigeria. Her father is a soldier and her mother is a civil engineer. Adesua Etomi is the youngest of 3 children. Adesua is the inter-tribal product of an Esan father from Edo state and a Yoruba mother. 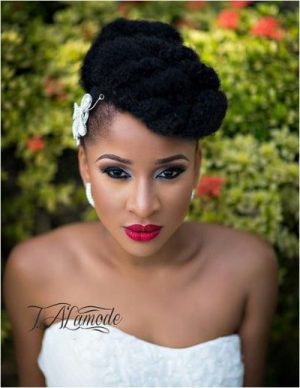 Her full name is Tolulope Adesua Etomi-Wellington. She was born in the south-east, Owerri, Imo State, on 22 May. Although, sources says she was born in the year 1988, the beautiful actress in an interview with Pulse Nigeria said she she was 29 years old. She is also the youngest of three siblings.

Etomi attended Corona International School in Lagos for her primary education. While there, at the aage of 7, she joined the drama club. She also attended Queen’s College, Lagos after which she moved to the United Kingdom at 13 years of age.

She later obtained a diploma in “physical theatre, musical theatre and performing arts” from City College Coventry in 2004. After completing these courses in 2006 with triple distinctions, she studied drama and performance at the University of Wolverhampton, graduating with first-class honours.

Adesua Etomi is a Nigerian actress and in 2014, she starred in her first feature film, Knocking On Heaven’s Door. She won the Best actress in a drama award at the 2016 Africa Magic Viewers Choice Awards for her role in another film, Falling.

Adesua’s first encounter with acting was at age 7, when she joined the drama club at her primary school, Corona School, Victoria Island, Lagos.

After completing these courses in 2006 with triple distinctions and being a part of numerous productions, she went on to study Drama and Performance at the University of Wolverhampton where she excelled greatly, graduating in 2009 with 1st class honors and ‘The Foursight Theatre Award’.

Adesua Etomi moved back to Nigeria in 2012 and resumed her acting career in 2013. Although most of her training lies in theatre, she is best known for her roles in the movie ‘Knocking on heavens door’, the shortfilm ‘Brave’ and the groundbreaking tv series ‘Gidi up’.

She has also been part of numerous theatre productions and musicals; Saro, Les Miserables, London Life Lagos Living, The Secret Lives of Baba Segi’s wives, Shattered and Crystal slipper among others.

On May 2017, Adesua Etomi got engaged to singer-songwriter, Banky W. They are expecting a bouncing baby boy as seen in the picture below.