Home Facts Salaries Actors/Actress Salaries in Nigeria: How Much They Earn (2022)

After seeing actors and actresses live extravagant lifestyles, you might wonder how much they make. As can be seen, the majority of Nigerian actors and actresses lead celebrity lives. This has piqued interest in the average wages of movie actors and actresses. Indeed, it’s not like every actor earns millions of dollars for a film. We all know that our favorite Nollywood stars live in multi-million naira Lekki mansions, but how much money do they earn as salary after acting a movie on ordinary? In this post, we’ll look for answers to these questions. 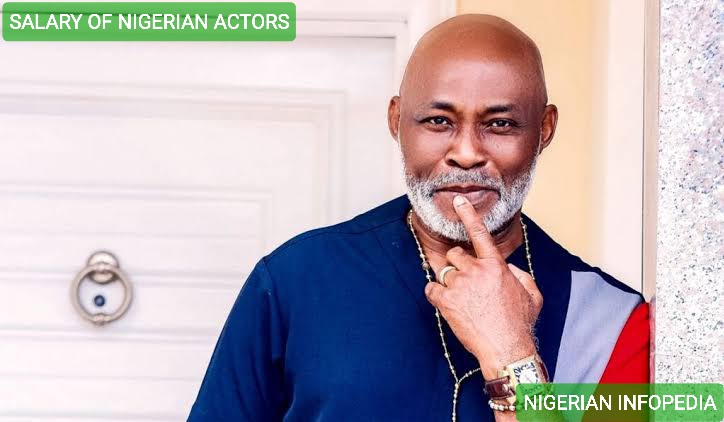 HOW MUCH DO ACTORS AND ACTRESSES MAKE IN NIGERIA?

The amount of money a movie star makes is determined by how highly the audience values that character. It also relies on their celebrity, the type of film they’re in, and the importance of their involvement.

Let’s take a good look at what entertainers earn. According to several sources, the following is an estimate of how much an actor earns.

HOW MUCH DO NIGERIAN ACTORS AND ACTRESSES GET PAID?

The income and salaries of Nigerian movie stars are not predetermined and are decided by a variety of circumstances. In Nigeria, actors and actresses are compensated based on their film roles. Actors and actresses who play lead roles in films are paid more than those who play lesser or supporting roles. In addition, actresses and performers’ remuneration in Nigeria is mostly determined by their celebrity and popularity.

Actors like Zubby Michael and Nkem Owo are currently among Nigeria’s highest paid. Top Nigerian actresses such as Genevieve Nnaji, Patient Ozokwu, and Sola Sobowale are also among the highest paid in the country. These are some of the most well-known movie stars who command exorbitant pay for their performing jobs. The rationale is simple: the presence of these big movie stars sells movies.

HOW MUCH ACTRESSES/ACTORS ARE PAID PER MOVIE IN NIGERIA

One of the key influences of how much actors and actresses are paid is the genre of film and producer. Blockbuster and cinema films are among the highest-paying films. Movie actors are frequently paid lavishly by the producers of these films.

The “B” list actors and actresses might earn anywhere from ₦50,000 to ₦200,000 per film. These are aspiring Nigerian movie stars.

HOW ARE ACTORS AND ACTRESSES’ SALARIES DETERMINED?

Now, what factors influence an actor and actress’s compensation?

Many actors and actresses have seen a significant improvement in their earning potential as a result of Nollywood’s expanding revenue. Who are the country’s top earners in the entertainment industry?

Richard Mofe Damijo, RMD is the richest and highest-paid Nigerian actor, with an estimated net worth of $15 million.

RMD has multimillion-naira sponsorship deals with Glo and Heineken, among others. He’s also had properties in Lagos and Delta. His Asaba house is said to be worth around N250 million.

Rita Dominic has a net worth of $2.6 million, making her the richest actress in Nollywood. Rita Dominic comes from an affluent family in Imo State, in addition to her acting earnings. Dominic has landed rich endorsement deals with both domestic and international companies.

Small-time actors and actresses do not earn as much money as Nollywood bigwigs. While you’re getting started, you could require a side gig. Your acting pay is determined by your experience, popularity, city/state, and the size of the project you’re working on.

Hire an agent or an agency if you want to advance your acting career financially. They’re natural networkers with great connections to casting directors. As a result, they can get you auditions for roles that could change your life.

Nigeria’s film industry, often known as Nollywood, is unquestionably one of the biggest in Africa. The Nigerian film industry boasts an orchestra of talented actors and actresses. It is one of the country’s most interesting industries.

ALSO READ:  MTN Salary Structure: How Much Do MTN Nigeria Pay Staff in 2022

In Nigeria, several actors and actresses have found great success and money by acting in movies. This has inspired many young Nigerians to pursue careers in film acting. Pete Edochie, Nkem Owo, Sola Sobowale, and Genevieve Nnaji all proven how wealthy Nollywood can be through their acting careers. Many young Nigerians desire to join the Nigerian film business because of their success, particularly in terms of cash gain.

The very first question that many would-be artists have is how much actors and actresses in Nigeria receive per movie. In Nigeria, movie stars get paid each film and according to their involvement in the film.

This article provides the appropriate assistance for individuals considering a career in nollywood and looking for information on the wages and salaries of actors and actresses in Nigeria. We also discuss how actresses and actors in Nigeria are paid and what factors influence how much they are paid in the article. For the time being, that is where we will stop.