Nigeria is a country blessed with diverse resources; ranging from human resources, good weather conditions, fertile soil for agriculture and tourist attractions. That being said, Nigeria has also been plagued with different political and economic challenges ranging from insurgency to kidnapping and inter-ethnic wars of recent. 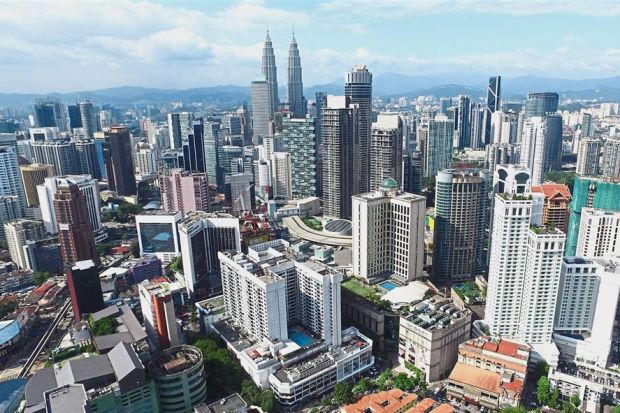 Nevertheless, Nigeria still houses some of the world’s most beautiful cities, an attraction for visitors coming into her territory. Well, if you are looking for finest cities in Nigeria that are developed, I would suggest that you visit any of the 10 developed urban places in Nigeria that I would mention below

Top 10 Most Beautiful Cities in Nigeria 2022

Owerri is the capital of Imo State and one of the prides of the Igbo race. It boasts of notable tourists attractions such as the Mbari Cultural Centre, and Oguta Lake Holiday Resort, Edemili Lake.

The presence of natural springs all over the city makes it one of the most beautiful cities in the country. Owerri covers over 4,000 hectares of land.

Enugu is the capital of Enugu state and is the second city on the list. The city also known as “the Coal City” was created from the old Anambra State on July 27, 1991.

It also has a host of tourist sites such as Awhum Water Fall andCave, Ngwo Cave, Ogelube Lake, AniOzalla Lake, Iheneke Lake e.t.c and is touted as one of the most peaceful cities in Nigeria.

Some of the tourist attractions include the Idanre Hills, Owo Museum, Olumirin Waterfalls, Ebomi Lake and Oke Marie Hills among others.

You might be surprised as to how Warri made it into the list but a visit to Warri will convince you.

Warri city can best be said to be enjoying a fair share of the government’s attention in terms of infrastructural benefits and attracts a large number of investors to the city.

Even though the north is plagued by security challenges, Kaduna still made the list due to its closeness to Abuja, thus placing it among some of the most secured states in Nigeria.

Port Harcourt is the capital city of Rivers State, an oil rich region in the Niger-Delta. It is one of the richest and rated as the 6th most beautiful cities in Nigeria. It has many rivers, swampy areas that supports agriculture. Tourist attraction sites like Upper Orashi Forest Reserve, Finima Beach and Nature Park, Zoological Garden among others are some of the exotic places you will find in Port Harcourt

One thing that stands Lagos out of the rest on the list of most beautiful cities in Nigeria is the well defined boundaries between slums and high blow urban areas.

The city of Abuja is one of the most organized and well developed cities in Nigeria. It has many recreational centers, five star hotels, and world class shopping malls all over the city.

Calabar place amongst the most beautiful cities in Nigeria can not be disputed. Often dubbed Nigeria’s small London, Calabar is probably the most peaceful city in the country with complete with some of the finest landscapes nature provides.

A visit to Cslabar will leave you in awe as the precense of the Calabar Museum, Duke Town, Drill Monkey Ranch,Tinapa, Calabar Cemetery amongst others are a few tourist attraction sites in calabar.

Known as the “Land of Promise”,  Uyo is the capital of Akwa-Ibom and the most beautiful city in Nigeria. With its well structured road networks, first class hotels, beautiful sites, Uyo is a place to be.

So From the above, we can list the top ten (10) developed cities in Nigeria as: